History, love and entertainment meet in the middle for Neptune's last studio production of the season. 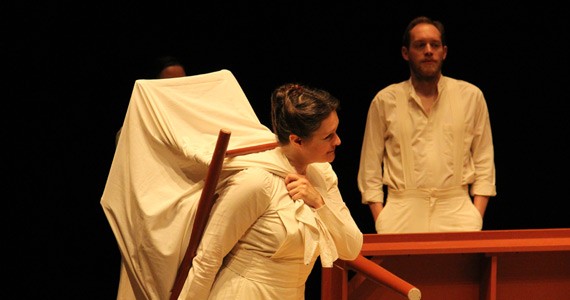 Unlike most of Halifax, I'm pretty stingy with my standing ovations, but even I leapt to my feet at the end of Tempting Providence. I was moved by the story itself, awed by the performances, impressed by the intricate choreography of everyday objects and envious of playwright Robert Chafe's perfect command of both poetic and plain language. Tempting Providence is the true story of Myra Grimsley, a young nurse who left her home in England in 1921 to give medical care to outport communities on the west coast of Newfoundland. Myra is prickly but not prissy, and though regarded with suspicion at first, she eventually becomes an integral part of the community that becomes her home. This play is a love story, a history lesson, an example of how one person can make change in the world and a cracking bit of entertainment.