From ice-cold NHL hockey, to dance performances, to Prismatic Arts offerings, we have your weekend booked! 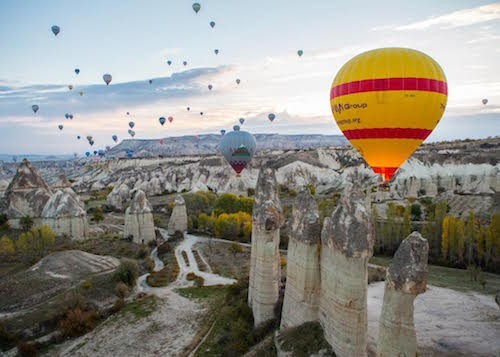 10. Toronto Maple Leafs Training Camp
Sept 23-26
Hockey heads, get ready! The Toronto Maple Leafs are coming to Halifax for a mini training camp to kick-start the season. They'll be logging hours doing drills from around 9:30am Friday and Saturday at the BMO Centre in Bedford. Then, Sunday night at 6, the team will face off against the Halifax Mariners in a friendly fundraiser at Scotiabank Centre. The Hockey fun caps off on Monday night, with the Leafs squaring off against the Ottawa Senators at Scotiabank Centre at 6pm.

8. Global March for Elephants, Rhinos and Lions
Saturday, Sept 24, 11am
Halifax is one of 145 cities worldwide taking to the streets in protest of the alarming rate we're losing these big animals. Many species could be extinct within the next decade, and activists warn we must act now before it's too late. Donate to the adoption costs of orphaned baby elephants at The David Sheldrick Wildlife Trust in Kenya, listen to speeches by guest speakers Peter Coade and Stephen Puddicombe, and, of course, march in support of the cause.

7. Ursula Johnson's The Prep Room
Saturday, Sept 24, 12-6pm
Spectators can come and go as they please during this afternoon-long performance/cataloguing party with Halifax performance and installation artist Ursula Johnson. Part of the Prismatic Arts Festival.

6. Photography in the Future Subjunctive
Thursday, Sept 22, 7pm
Dr. Silke Helmerdig, a Berlin-based artist and professor of art photography, challenges the traditional view that a photograph is always only a record of past events. In this lecture, she will "discuss the unimagined futures embodied in photographs, and the critical, political possibilities of the present that photographic representations thereby reveal." Get ready to see you camera in a whole new light.

5. Wanderlust: A photographic journey around the world
To Oct 21
Photographer Shari Tucker is almost as much a nomad as she is a shutterbug, covering more than 33 countries in the past few years. Now, she's showing her top snaps at Gallery Nineteen Nineteen, tucked inside Dean's Flower Shop. It'll make those with itchy feet wanna book a flight ASAP.

4. Slowly I Turn: A Parlour Vaudeville in One Act
Sept 22-25, 7:30pm.
Ben Stone and his real-life dad John Stone star, with Jess Lewis, in the return of this beloved Zuppa Theatre production, an award-winning "love letter to theatre and family."

3. Green Rights Film Screening
Sunday, Sept 25, 2pm
A documentary that's been four years in the making, Green Rights explores, as the directors put it, "the human right to a healthy world." They point out that countries such as Ecuador, the Netherlands and Argentina are in the battle of recognizing citizens' legal rights to fresh air and clean water, while Canada and the United States have yet to create any such legislation. This documentary highlights why these resources that are vital to life need to be protected, and what you can do to help.

1. FIFTEEN by Mocean Dance
Sept 22-24, 8pm
To celebrate 15 years as a company, Mocean Dance is bringing a new production to the stage. The appropriately named FIFTEEN is comprised of three pieces. Representing the past is "Our Unfortunate Deaths," an old piece being re-imagined, while "For a Quartet" is a world premiere for the present. And looking ahead to the future, "15 for 15" is another premiere that's made up of a series of one-minute works by 15 Halifax choreographers, performed by 15 Halifax dancers. Who needs a birthday cake when you have that?!