"A buddy of ours once described us as sounding like the Rankin Family if they were produced by Brian Eno," the Cape Breton four-piece shares.

After recently signing to the same label as Matt Mays and Hey Rosetta! (that's Sonic Records, for those keeping track), it feels safe to say that world domination is next for Villages. The Cape Breton four-piece are folk, sure, but in a way that's more Fleet Foxes-y than jigs-and-reel: addictive and emotive but as fresh as a blast of sea air. Back in Halifax after an extensive western Canada tour, the band will open for Matthew Good at The Marquee Ballroom (2037 Gottingen Street) March 6 and 7.

We caught up with the crew in advance of the gigs to talk TV addictions and pre-show routines.

1. What is the most non-negotiable part of your pre-show routine?

Jon: Our pre-show routine has changed a bit over the years but one thing that remains non-negotiable is that we hang out together before a show. Even if we are playing a hometown show, we make it a point to get together and chill as a group. Post-show, we usually hit the Dominos app.

2. Tell us about a TV show or movie you’re totally obsessed with right now?

Archie: Spoiler alert: I’ve recently put a good-sized dent in The Marvelous Mrs. Maisel series. It’s about an upper-class housewife that kind of stumbles into doing stand-up comedy in New York City during the late 1950s and early 1960s. There are definitely similarities between comedians and musicians and the ups and downs they experience. So, it’s rad to watch this show about a performer starting from the bottom, to getting her first big opening slot and then her first big tour. Plus, it’s from the same creator as Gilmore Girls so it’s a no brainer.

Archie: @animalsdoingthings is exactly what it sounds like. Choice animal videos from the far reaches of the internet. Request to follow, pull up a seat, go down the rabbit hole. Pardon the pun.


4. What was the first album you ever bought with your own money?

Jon: The first record I ever bought was Alanis Morissette’s Jagged Little Pill. It was an onslaught of hits and I listened to it incessantly. At 12 years old, I had never heard lyrics like that before. Holed up in my room in rural Cape Breton with my Discman and JLP - I thought I was quite punk. 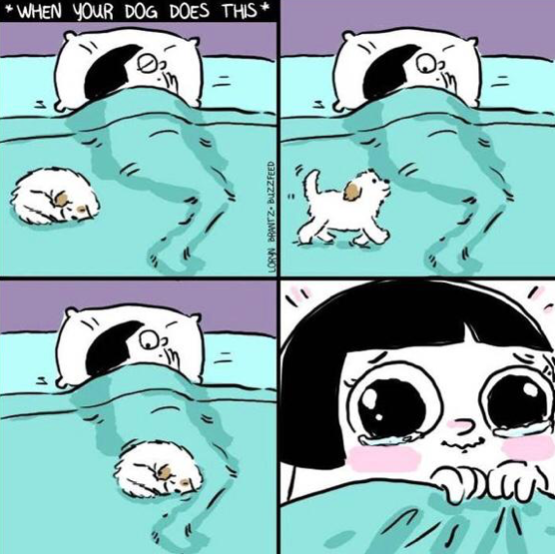 6. Tell us about the best live show you’ve ever been to.

Matt: I’d have to say seeing Andy Irvine at the Seanchai in 2019. The setting was intimate and Irvine was on fire. It was surreal to watch my musical hero tell stories and perform such intricate songs with ease. There were a few moments when he would attempt a song and stop midway through, telling the audience that he hasn’t played this song in a while so be patient with him - it was incredibly charming, honest and inspirational.

7. How would you describe your music/sound in a sentence?

Travis: A buddy of ours once described us as sounding like the Rankin Family if they were produced by Brian Eno. Such a flattering depiction. Shouts to Alex at Ametora Supply in Lunenburg!

8. What’s the best part of being in a band/being a musician?

Matt: The best part of being in a band is when we have a breakthrough on a song. We tirelessly mull over ideas either in our studio or in our heads trying to perfect them. There’s no better feeling than when it finally clicks.

9. Screenshot your Spotify heavy rotation—or tell us a couple of albums/artists you can’t stop listening to.

Travis: We recently toured Western Canada for the first time and had a few 12-plus hour treks through the prairies. We always have music on the go, so I created a playlist of new releases we’ve been listening to. Tame Impala is always a van staple, but records from Bonny Light Horseman, Soccer Mommy, Caribou and a live Richard Thompson are getting some serious spins. 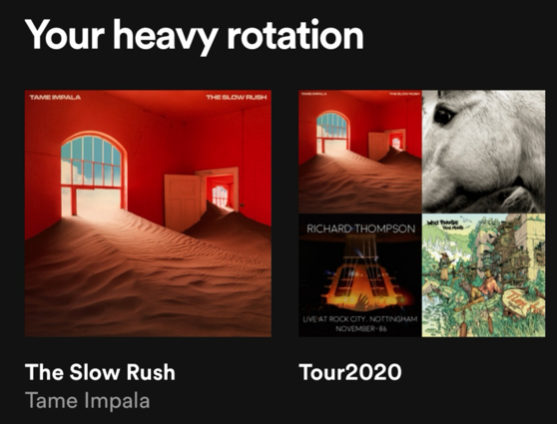