September 14, 2017
10
Ropeworks
Thursday // Friday
Violet Rosengarten's stunning painted-rope pieces at the Corridor Gallery are a study in texture, symbolically expressing her attachment to the Maritimes.

9
Paul Greenberg
Thursday
The best-selling American author, who penned the 2014 effort on seafood sustainability Four Fish, comes to Dal's Marion McCain Building to talk about the future of our oceans and our fish-eating habits.

8
2017 Garrison Oktoberfest
Saturday
Halifax’s original Oktoberfest returns for a full day of traditional German food, music and—the main event—beer! The Garrison Brewing Company's party is the closest you'll get to the German foodie fest without cashing in your Air Miles.

6
Brian Wilson Presents Pet Sounds: The Final Performance
Saturday
Wouldn't it be nice to see the king of surf-rock say so long to his band's most iconic album with what's sure to be an equally-iconic Scotiabank Centre performance? 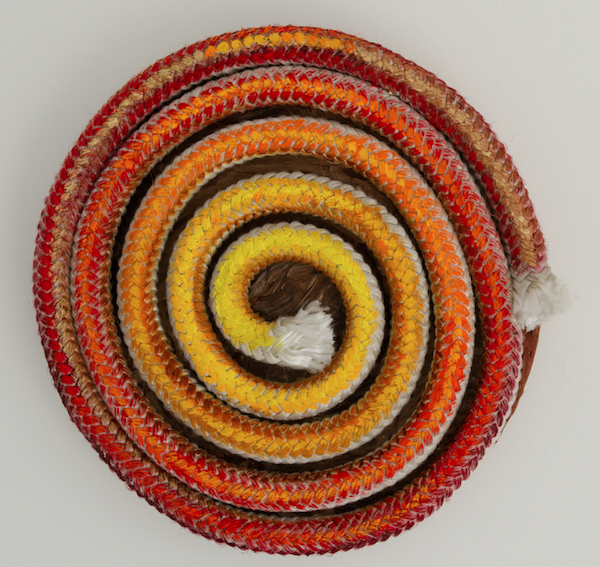 5
The Coast's September Food Truck Party
Thursday
The Coast knows the best meals come on wheels so we're serving up street eats like tacos and ice cream from over 15 different Halifax food trucks at the Museum of Natural History. Bring a blanket, a chair and some fives for this party that also features tastings with local breweries.

4
Word On The Street
Saturday
Get lit(-erary) at this annual celebration of the written word! From writing workshops to author talks, the Central Library promises to be buzzing all day with book and magazine fuelled fun. Stop by the library's RBC Room between 1-2pm to catch the can't-miss Hali Slam's spoken word show.

3
Hollerado
Thursday
Hollerado loves its fans. So much so that the blues-funk-rock getup's 2015 effort, 111 Songs, was a project where they wrote custom songs for specific fans (no, really). Catch some warm-fuzzy vibes at its Seahorse show—and get ready to dance.

2
FIN
Thursday // Friday // Saturday // Sunday
Movie buffs, start upping your popcorn intake now! Moving into its 37th year, the Atlantic Film Festival (now rebranded as FIN) will once again take over silver screens around the city with dozens of movies veering from local flicks to international indie darlings. Get the full rundown of titles and times at fin festival.ca/by-day.