CAPREIT’s response to infestation of cockroaches and bed bugs slammed by renters as ‘evasive’ and ineffective. 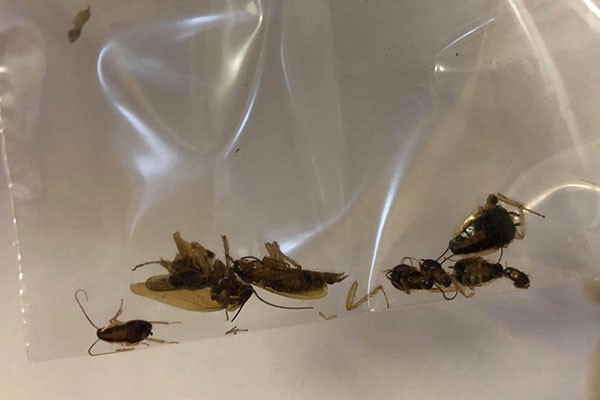 Tenants at Park Victoria are fed up with broken promises to resolve an infestation of pests including ants, cockroaches and bed bugs throughout the south end apartment building

Y. Park, a long-time tenant at 1333 South Park Street, has been living with the problem for weeks inside his apartment. But he’s not alone.

“There are other tenants who have suffered from this way longer than I have,” says Park.

Together, those tenants have been trying to get the building’s property managers to exterminate the problem. But so far, they say, the response from the landlords has been elusive at best.

Park first contacted CAPREIT, which owns the apartment building, about a month ago when his family noticed cockroaches. The Toronto-based real estate investment trust treated his apartment but the pests remained.

“I don’t know how sincere they are, but it doesn’t really work,” says Park. “I saw a lot of cockroaches going in and out of homes in the hallway and pretty much hanging out in the laundry room.”

Park’s mother suggested he find out how many other tenants had pests, so he put up posters in the elevators asking who else had a problem. Very quickly, his neighbours began to compare stories.

It became clear there were pests on several floors, with bed bugs having been seen on seven of the building’s 21 levels.

As tenants milled through the elevators and hallways of the building they began to share and compare experiences—first as casual conversations, then in an organized group chat.

The number of tenants in the group chat has now grown to more than a dozen people who say CAPREIT has failed to the promises it made to renters.

The Coast has spoken to several of the chat’s members and viewed photographs of the pests and discarded furniture. Most did not wish to be named, fearing reprisal from their landlords or the social stigma from having bedbugs. Park Victoria’s property managers refused to comment on the infestation and CAPREIT’s head office failed to respond before publication deadlines.

Two tenants in the group chat say they anticipated an infestation after seeing furniture abandoned and left for days. One mattress, left in the hallway with a sign reading, “Bed Bugs, don’t touch,” sat unattended for four days.

Official extermination notices from CAPREIT—for ants on the top floors, cockroaches and bed bugs living in the walls—seem to have been either ignored or forgotten.

In several cases, tenants received notices urging them to prepare for chemical sprays, steam vacuums and heat treatments that never arrived, or arrived so sporadically that pests continued to thrive in the walls. A work order left in one tenant’s apartment by an extermination company showed infestations in dozens of other units.

While the problem worsens, tenants are still expected to pay rent. At least one group member says they saw their rent increase, despite infestations in nearby units and shortly before finding bed bugs in their own apartment.

One renter, an international student living in Halifax for the first time, has joined others in deciding to move out.

Park Victoria, with its convenient location close to universities and the downtown, has a history of attracting international students as tenants, and many of the group chat’s members are newcomers to Canada. Many of them are also speaking out will lead to reprisal from the property owner.

“They don’t really want to bring it up to management because they’re really scared of backlash,” says Park. “They weren’t born here, so there are no people to coach them about the law here.”

The Halifax Bed Bug Registry has reports of bed bugs and cockroaches at Park Victoria between 2012 and 2016. The pest problem seems to return in waves every few years. Park, who has seen management change two times in his seven years living at the building, says that despite attempts to meet with management and promises to deal with each unit individually, tenants no longer believe CAPREIT is interested in solving the problem.

“They should more openly, proactively communicate with tenants,” he says. “Management always tries to talk to tenants about other issues. Anything else, they print out letters and slip it under the door or try to call tenants. But when it comes to bed bugs, pests and hygiene issues, they’re very quiet. It’s very evasive. They don’t want to talk about it.”

That’s why, against the advice of his mother, Park went public on behalf of his neighbours.

“This is your job,” he says of the property manager, “but this is our home.”