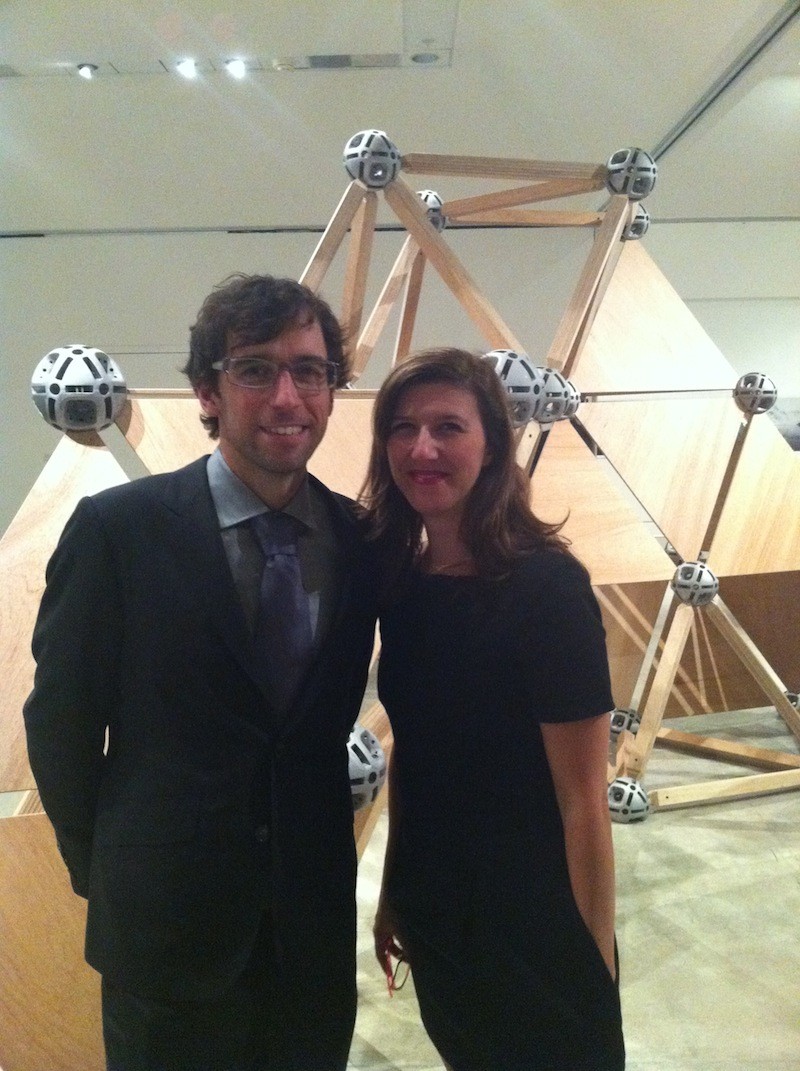 Young and Giroux got a little frisky on stage at the awards presentation after beating out Charles Stankievech ((West Coast and Yukon); Sarah Anne Johnson (Prairies and the North); Manon De Pauw (Québec) and Zeke Moores (Atlantic). The runner-up prize is $5,000 in prize money from the Sobey Art Foundation.

The award ceremony was followed by a party where artists and art fans mingled, ate blueberry fortune cookies and took in the exhibit. It was a hell of a time.

Rob Sobey wore blue and made everyone wish they had a shirt in that colour. Everything and everyone looked amazing.

The 2011 Sobey Art Award shortlist exhibition is on view at the Art Gallery of Nova Scotia until January 8, 2012.