In a tale of two bubbles, Nova Scotia loosens social restrictions and gets ready to welcome tourists. 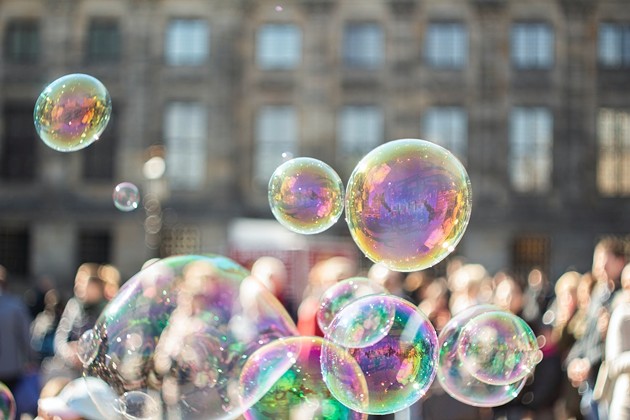 UPDATE June 22: In this section about the number of new COVID-19 cases in Atlantic Canada compared with the rest of Canada, we double-checked the math and discovered an error. To summarize, we said the east coast had 13 cases while the other six provinces had 3,100 cases over the same stretch of time, but Atlantic Canada actually had 17 cases compared to 3,567 in the rest of Canada. We apologize for the mistake. In hopes of improving accuracy and understanding, we have made corrections, clarified the dates and added a chart to help illustrate the difference in C19 spread between the two sides of the country.

The premier was supposed to be on a break from COVID-19 briefings. After a string of regular webcasts reaching back months to the earliest days of C19 in Nova Scotia, Stephen McNeil and his sidekick Robert Strang announced a hiatus at last Wednesday’s briefing.

With Strang going to New Brunswick for a medical procedure—an unexpected plot twist for Nova Scotia’s chief public health doctor—and then into two weeks of COVID quarantine on his return, it was a natural time for a vacation from the cameras. Both officials promised they’d be working while out of the public eye, however, and apparently that was a promise they kept.

Today, Nova Scotia’s ninth day in a row without a new C19 diagnosis, McNeil appeared by himself at a live webcast to announce a slackening of the restrictions on people getting together. He also talked about the looming changes to allow easy travel in and out of the province, took questions via phone from journalists and reported that Strang’s visit to the hospital went well.

“He's asked me to let you know that his procedure went well and he's doing fine, and he continues to self-isolate at home,” McNeil said. “The good doctor and I have been very encouraged to see several days in a row of no new cases of COVID. That's thanks to all of you who have been following the public health protocols, and also because we are flattening the curve. Doctor Strang and I agree that it's time to bring down the bubble and [bring] gatherings up.”

Here are the three main changes McNeil made today, with a bonus fourth change in the works.

1
Groups of 10 can hang out without physical distancing
Remember back at the end of May, when Strang and McNeil loosened the rules on group gathering to allow 10 people to be together as long as they all stayed two metres apart? You can forget about it. Effective already, any 10 people can get together as close as they want—hugging, sharing food, doing all the things.

This is not like the old family bubble. The 10 people don’t need to be related or even besties, and they don’t have to be committed only to each other. “Your group of 10 is not required to be exclusive, but we strongly encourage that you maintain a consistent group as much as possible,” McNeil said.

There’s a lot of room between “encourage” and “required.” Under the new rule as McNeil stated it, a team of five people could play full-court basketball against another team—that’s the allowed 10 people, and it’s a long game for them with no subs. After a rest, those same five players could go up against a totally different team. Still a group of only 10 in close contact, although Strang probably wouldn’t want to play.

2
Up to 50 people can gather with physical distancing
When Strang last loosened things up in May, allowing groups of 10 to be together (apart), he suggested it was the start of arts events returning during the pandemic: There could be a musician performing to an audience of nine people, everybody staying two metres away from everybody else. Not much of a concert, but better than the scenario for theatre, where a play might have six actors maintaining physical separation on the stage, a director and lighting tech at the back of the room, plus two audience members.

Now, however, 50 people can be together if they are physically distanced, indoors or out. Forty-nine ticket buyers isn’t a horrible draw for a one-person Fringe Fest play, although it would need a venue the size of Neptune Theatre to hold the spaced-out audience.

The premier didn’t make clear how the 10-person no-distance rule overlaps with the 50-person distance rule. If those two basketball teams are playing a full-contact game, for example, can 50 people be scattered across the bleachers watching them? Or would it be 10 people performing and 40 people in the audience for a total of 50? Or after the gathering gets bigger than 10, does everyone have to be two metres apart up to the maximum of 50 people? We’ve asked the province to clarify.

3
Playgrounds are open
For the kids (and their minders) who’ve been waiting, the wait is over. “Your playgrounds are open, effective today. So hit the slide, climb the monkey bars or swing high,” said the premier. “And most importantly, have fun and be safe.”

Does this mean any 10 kids can be in close contact on the slide? Or there’s a max of 50 well-spaced kids (and their minders) on a playground? We’ve asked.

4
Nova Scotia is aiming to bubble with the rest of Canada
He burst the family bubble, but McNeil remains bubble-positive when it comes to other gatherings.

Currently our province is its own bubble, and most people who enter it have to immediately go into strict quarantine for two weeks to make sure they didn’t bring COVID-19 in with them. That applies whether it's a tourist flying down from Toronto, or the most coronavirus-informed civil servant in the province driving back from a day trip to Moncton.

Nova Scotia never closed its border to visitors—it just demanded those visitors stay locked down for 14 days before they could go to the grocery store. This is less strict than the approach in the rest of Atlantic Canada, as New Brunswick, PEI and Newfoundland and Labrador have closed their borders to some degree. “All unnecessary travel into New Brunswick is prohibited,” reads the NB welcome mat right now. Those who are allowed in still have to isolate for two weeks.

Atlantic Canada’s approach has so far been an effective strategy to thwart both tourism and C19. Over the last nine days—counting from Wednesday, June 10 through Thursday, June 18, inclusive—there have been 17 new cases diagnosed on the east coast, all in New Brunswick. Over the same stretch of time, the rest of Canada has gotten 3,567 new cases, with active spread in each of the other six provinces. (The last new cases in the North were announced April 20.)

This chart shows where COVID-19 has been spreading in Canada lately, or what an Atlantic Canadian bubble would be bubbling against. For the mobile version click here.

An Atlantic bubble would treat the four eastern provinces as one friendly territory for travellers, no quarantines required as long as everybody stayed in the bubble. And without committing to a date McNeil said it’s coming soon, “in the near future.”

While the Atlantic bubble is a low-risk way to let Nova Scotian tourism dollars flow to PEI and vice versa, it doesn’t bring cash from richer provinces to the poor (albeit practically COVID-free) east coast. So the local bubble is only a first step.

“The next step after that will be opening up our province to the rest of Canada,” McNeil said. This is a more like a giant leap for our premier, who until now has guided the province on a very cautious course around COVID.

Encouraging visitors from parts of the country where the disease is active seems out of character, but with summer officially starting on Saturday, McNeil may be desperate to salvage the tourist season. “We have to be open to this, because tourism is one of the most important industries,” he said. “It employs tens of thousands of Nova Scotians. We need people to get back to work, so that they can feed their families, and keep our communities alive.”

As a date for the Canadian bubble, pencil in Monday July 13—exactly four months from the very first C19 briefing McNeil and Strang gave. “Towards the end of the second week, third week of July, in that general area,” said McNeil. “We have to learn to live with COVID. We need to figure out how we're going to be able to move about inside of this country.”

At least until a vaccine arrives, living safely with the virus means following public health protocols. McNeil thanked and applauded Nova Scotians for getting with the program to stifle disease transmission, observing physical distancing rules and using “the other core principles: washing your hands, good hygiene and wearing a mask when you feel that is necessary—and definitely when you can't maintain physical distancing.”

Back at that briefing in May, considering the steady downward trajectory of the infection curve, Strang predicted we would be able to have 50-person gatherings some time this summer. Then he cited the warning he’s hearing from his public health colleagues around the country and the world. “Events that are based on bringing 150, 200 or more people together, are very high risk,” he said. “We have to think very carefully about how we may introduce those, if at all, in our world of living with COVID.”