The 9 habits of highly effective professors

Flipping the tables and finding out what students want from their instructors. 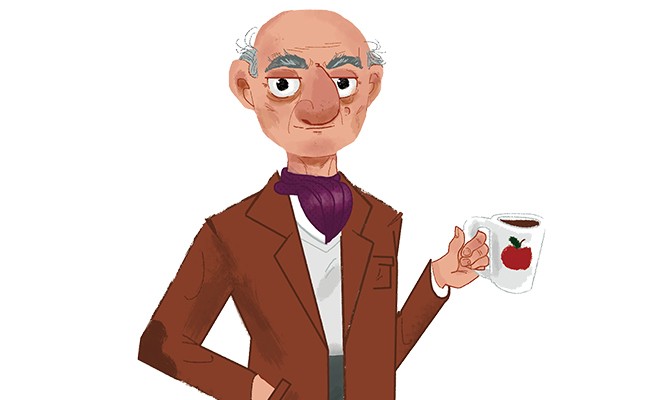 1. Simplify those lessons
As a chemistry and mathematics student at Dalhousie, Connor Lamont’s classes are often very theory-heavy and difficult to grasp. So he likes professors who can simplify those lessons. “If a professor is able to liken it to a very understandable thing, then that makes it a lot easier to grasp the concepts,” he says.

2. Keep it honest
Lamont also likes honesty. “Somebody who doesn’t bullshit,” he says. “Very straight up and they’re not going to lie to you, but at the same time they’re going to help you in every way they can if you’re willing to put in the work.”

3. Get your grades in on time
Matt Paquette, a history and Russian student at Dalhousie, says he loves the class interaction in smaller classes, but those are usually the same courses where profs are slow on returning grades. “I hate sitting there, and even if you’re not stressed about failing or passing, it’s still annoying having completely blank grades on your student portal for three weeks.”

4. Be approachable
Saint Mary’s business student Safaa Harhash thinks important profs are good communicators with their students. If not, “it makes you hate the class that you’re going to, and that way you’re not going to be studying for it as much as you would if you liked the prof.”

5. Stay organized
Quinn MacIsaac, a social work student at Dal, tries to avoid professors that are disorganized. “I hate when the prof is still figuring out the assignment as you’re figuring it out,” MacIsaac says, “and then, in the end, you might end up getting a bad mark because you didn’t know what their expectations were.”

6. Have some flex
Danielle McCreadie, a journalism student at the University of King’s College, appreciates an understanding professor. “You’ll see someone break an arm or get a concussion and they’ll get the time off for it,” McCreadie says. “But because mental illness is somewhat of an invisible injury, it’s often just, ‘Well you seem fine so I don’t see what the problem is.’”

7. Crack a smile
“Be friendly with the students,” says Mohammad Alsaleem, business student at SMU, who likes when profs don’t take themselves too seriously. “Don’t be someone who’s just at the front of the class, with no smile. Don’t try to be the big cheese in the class.”

8. Talk nerdy to me
Mount Saint Vincent religious studies student Emma Wells says when professors are interested in what they teach it helps what they’re talking about make sense to the class. Thankfully a lot of profs at the Mount are just “big old nerds.”

9. We’re not your enemy
“Some of the profs, they challenge students if they’re going to pass the course or not,” says MSVU business student Faisal Alshammary, over a pile of study materials in the library. “Which is what I have right now.”

Back To School Back to School Education