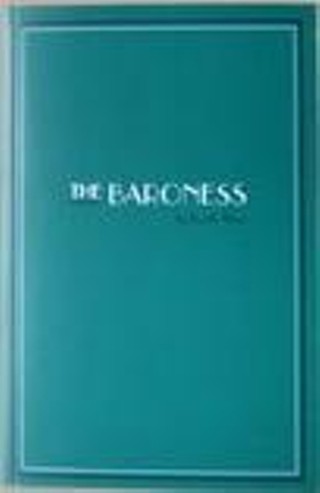 The Baroness
Sarah Slean
(The Nerve!)
Poetry can sing without sound. Known widely for her orchestral piano-pop musicality, Sarah Slean is a communicative artist, even without instruments and microphones. Evoking her fictional alter ego (aptly titled after her latest album), Slean questions philosophy, modernity, religion, geography and love in her second volume of poems The Baroness, a follow-up to her 2005 collection, Ravens, also published by The Nerve!.In addition to Ravens' 20 poems, 31 plates of small original paintings accompanied the text. In this offering, however, The Baroness is pure poetics with minimal artistic distraction. She toys with alphabetical verse in "Abecedarian;" the loudness of thought in "Crescendo;" duels between existence and nonexistence in "The Positive Nihilist;" and the book's pseudo-epilogue, "Soliloquy:" Make waves in their sadness so they can wake. / Wield your powers effortlessly. / All love sings your name. / All life knows you. / Everywhere is home.

Slean slays metaphorical dragons and tames existential conundrums with her lyrical tongue. On stage the petite belle transforms into a grand dame with a voice that fills theatres. On the page she's peculiar, brash, and even a touch sinister.