It’s been a busy year for the Montreal outfit but they’re taking Queens of the Breakers on one last run. 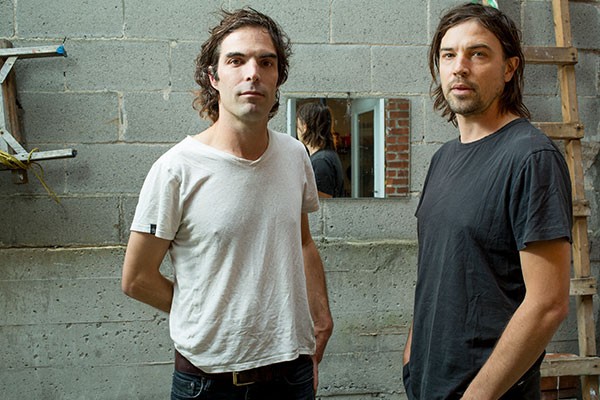 Despite releasing an album last year, it looked like The Barr Brothers were done touring it by summertime. But a second wind is pushing the Montreal indie folk band around North America—including to the Marquee on Friday—playing the songs from Queens of the Breakers in new ways.

"It seemed like it had gone through its cycle," says Brad Barr, who along with his brother Andrew, forms the band's core. "We were just starting to crack the code on some of these songs. We wanted to take it out on one last run before it becomes absorbed into the repertoire and then the sort-of B-side songs don't come out as much. It's been really cool playing these songs."

The past year has seen a number of changes, with harpist Sarah Pagé leaving and new members joining. Even this stretch of late-year dates in will have a rotating cast of players, with bassist Morgan Moore staying home awaiting a child and harpist Éveline Grégoire-Rousseau missing a couple dates.

"I've gotten to hear this music performed with a few different incarnations of the band," says Barr. "It's going to be interesting—at least those first four shows are going to be a lot of shifting and a lot of us adjusting to the new band but hopefully relishing in a lot of what's going on."

The Barr Brothers headed north to rural Quebec and recorded their third album in the town of Saint-Zénon, writing music late into the night, surrounded by a frozen lake.

"One thing we've come to understand is that, the music you record, you're going to be stuck playing it for a couple years," says Barr, so the idea was for the band to be loose and collaborative, instead of having Brad write songs and hand out the parts. One of the standout tracks from those sessions, "You Would Have To Lose Your Mind," is now a staple of the live show.

"It was just one of those songs that really benefited from the spook of that place," says Barr. "Like three in the morning, feeling surrounded by this sort of crust of snow everywhere, there's nobody around. It's a little bit spooky and very isolated." Barr says the repetitive nature of the song almost puts both audience and band into a calm hypnosis—the band counts on the song to change the ambience of the room.

"I get to have a lot of fun on that one because I'm just sort of dancing through all the motions," says Barr. "I picture myself like a salmon, just kind of diving around this cool stream of ever-flowing and dependable rhythmic flow."

Early in 2019, the band has two sets of three consecutive shows in Montreal and Toronto where each night will be dedicated to playing a different album in its entirety. Once the current tour wraps up in December, The Barr Brothers will focus on releasing singles online.

"We gave ourselves a little project of just trying to, almost in a zen-like way, just go in there and record the first stuff that comes to mind. Try to make little vignettes," says Barr of the 40 to 50 songs the band has recorded over the past couple months. "Let's just see what comes out if we give ourselves no restrictions, rather than 'You have to make something today.'"