The Black Rabbit Festival gives you a jump this winter

The festival will be your mid-winter booster shot of art. 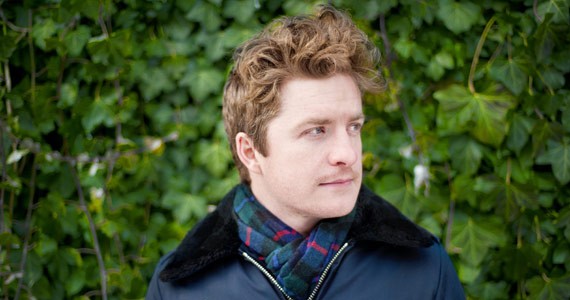 This is the sage advice of Andrew Maize, one of the coordinators of the Black Rabbit Festival being held in Halifax this winter. Though not a medical professional, Maize does speak with some authority on the healing powers of communal creativity. He and his fellow Rabbiters are designing a month of potentially life-saving art explorations.

Homed at the Eyelevel Gallery from February 3-24, Black Rabbit will be the winterized offspring of the White Rabbit open air art residency and festival that takes place at the Red Clay homestead and hobby farm each summer.

"White Rabbit is an artist residency in the form of a summer camp that's going into its fourth year," Maize says. "It's an opportunity to bring artists together to have a week to not worry about any of the things you normally have to think about, like feeding yourself or paying bills, or the internet, or any those concerns you have, where you can truly be able to focus on artwork and build ties with other people who are doing like-minded things."

In many ways, Black Rabbit is the boom to White Rabbit's bip. White Rabbit takes place on 70 acres of summer-soaked land teeming with lush forests, orchards, gardens, ponds and coastal views of the Bay of Fundy. Black Rabbit will be placed in a more urban context, held within cozy gallery walls while winter rages by.

"I hope that people visiting the Eyelevel throughout the month will be able to share in some of the magic that is fostered in that week of White Rabbit," Maize says. "We just get so busy and to go there and totally decompress and to be able to recharge and reconnect with nature and people and yourself is really important. It will be much different in the city but we're going to try and bring that magic and that community to February which is sort of the toughest month of the year in Canada."

With three events a week ranging from a Creation Spaces Workshop to Full Moon Karaoke to Hole in the Ground Lectures, Performance in Progress and the tantalizingly titled Schmorder of Cha-la-land Awards Ceremony, Black Rabbit will be a much needed art filled booster shot right in the dead of winter. These events will invite members of the art community and the general public to get together and create something.

"The creativity of each individual is considered equally in these institutions---the White Rabbit and Black Rabbit---in that most events of the Black Rabbit are participant driven so the public is invited to participate more than just attend," says Chris Foster, who has been involved with White and Black Rabbit as a resident artist and coordinator. "Black Rabbit will be a good opportunity for artists to get together in an informal context and play and try out experiences without taking things too seriously."

In addition to its presence as a creativity infuser, Black Rabbit will be functioning as a fundraiser for White Rabbit, with one Rabbit feeding the other much in the same way as our wintered hibernation feeds our summer romps.

Pieces from local artists will adorn the gallery walls all month and then be auctioned off at the closing party on February 24 with proceeds going to the artists, the gallery and a portion going towards next summer's White Rabbit festival.

With the help of Black Rabbit, hopefully the darkness will spark some new light and we'll make it out of winter.

Boosted from season to season.