The Carleton Music Bar & Grill closes this week for renovations

The new year will mean a new look, extended hours for the Argyle Street bar. 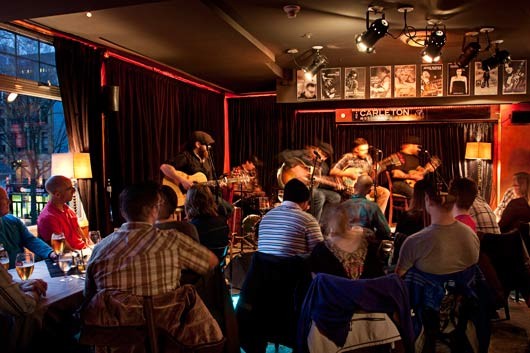 According to a press release, the Carleton will shut down on December 22. It will briefly re-open for its In The Dead of Winter Festival shows from January 18-20, but the official re-opening won’t take place until February 8.

These renovations come several months after Karen Spaulding, president of Metaworks Inc., acquired ownership of the bar. “It has been a whirlwind and a joy to move from long-time patron to owner of the Carleton,” she says in the release. She goes on to describe the renos as a “substantial facelift” which will give the venue a more modern feel while still staying true to its 250-year history.

The re-opening will also mean extended hours for the Carleton in order to accommodate weekday lunches and weekend brunch, along with a year-round patio where you can enjoy it all.