The charges against Santina Rao have been dropped

Long-term effects of the racial profiling incident at Halifax Walmart are long from over. 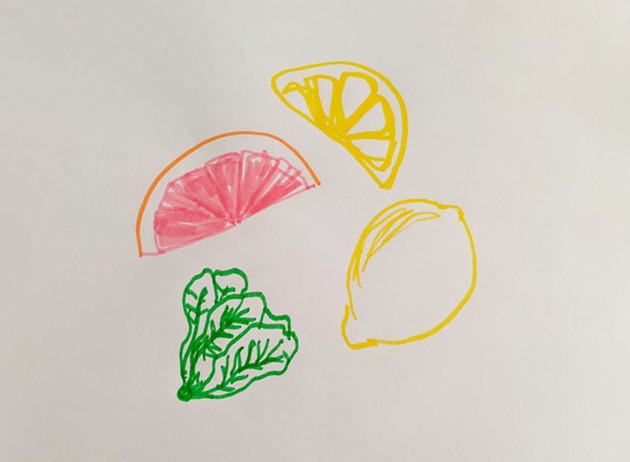 A grapefruit, lettuce and two lemons.

These are the supposedly concealed items mother of two Santina Rao was accused of smuggling out of the Mumford Road Walmart one Wednesday afternoon last January.

A grapefruit, lettuce and two lemons, items worth altogether less than $10, a price she intended to pay but never got the chance to.

After shopping and deciding to pay for her groceries at the electronics department (likely due to a smaller line, we've all been there), the cashier advised her she pay for everything but her produce because those items would need to be weighed out at a different cashier's station.

Rao placed the produce in her stroller and decided to continue to shop a bit. While perusing the toy aisle she was confronted by Walmart floor walkers and police officers. Police accused Rao of stealing but refused to search her bags and stroller, claiming she was being “aggressive.”

Later, Rao would say in an Instagram live post: “You wanted to use me as an example,” to explain why this happened.

Police asked her if the address on her ID was really her home address, and continued to accuse Rao of concealing items. When she protested, Rao was accused of disturbing the peace. Police told her they were going to arrest her.

Rao continued to protest her innocence, at which point the officer called for backup. Once on the scene they tackled the mother in front of her children, pushing one of them—which led to Rao fighting back.

Rao says one of the officers said, “tighten the cuffs on her, she’s a feisty bitch,” as they wrestled her to the ground.

Rao suffered serious injuries: a broken wrist, bruises and even a concussion. Despite the severity of these injuries the Halifax regional police did not report this incident to the Serious Injury Response Team (SIRT)—the police body that investigates the use of force by police—until late the following day. It took several more days to actually start the investigation.

Rao was charged with causing a disturbance, resisting arrest and assault causing bodily harm to an officer.

When the video that caught the incident was shared online, it set the internet aflame and renewed conversations about the existence and addressing of police brutality in Halifax.

The incident at Walmart happened just two months after an official ban on street checks was announced in Halifax. A practice in itself shown to be racist when the Wortley report revealed Black people were six times more likely to be street checked than their proportion of the population would suggest.

People rushed to Rao’s defence and various petitions were launched to help, (one of which eventually gained over 50,000 signatures) calling for her charges to be dropped. News of the incident sparked intense public outcry. But there were also those who did not see Rao’s experience as an example of police brutality or racial profiling. Some took it one step further, sending her hateful messages letting her know exactly how they felt.

Would she have been OK?

Dozens of supporters showed up to the Provincial Court in February to support Rao, hundreds reached out to the Public Prosecution Services and thousands signed a petition, but up until earlier this week charges against Santina Rao were still set to go ahead.

Rao should not have been beaten by police officers, nor should the police have been called there—both Walmart and police should be held accountable.

“I need justice on that end. Justice hasn’t really automatically been served,” said Rao in the Instagram live post she made after she found out her charges would be dropped.

For Rao, already affected by PTSD prior to the Walmart incident, the damage is done.

Had the police listened to her in the first place and done the right thing, issuing an apology to Rao and her family, perhaps she could have been spared further pain instead of being forced to relive the traumatic experience while preparing for her case—which was dropped just one day before its trial date.

A grapefruit, lettuce and two lemons.

Santina Rao’s freedom, her life, her dignity is worth more than a grapefruit, lettuce and two lemons. It's too bad the people involved couldn’t see that earlier.