Get dark with Michael Melski’s haunting retelling of a real-life local nightmare. 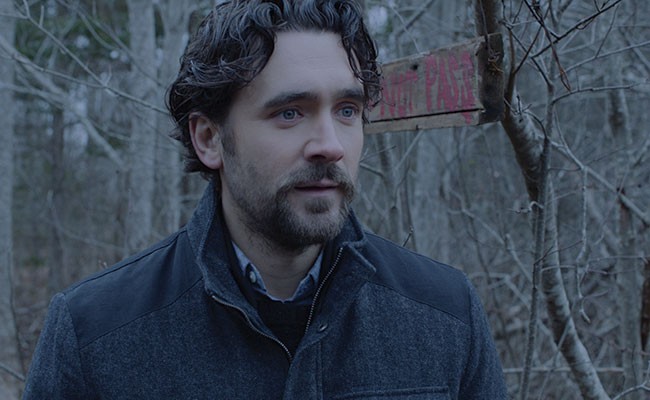 The Ideal Maternity Home in East Chester operated from the 1920s through the 1940s, offering babies for sale and housing the unwed women who bore them. If the babies weren't white and healthy—"unsaleable"—they were starved or buried alive in the surrounding woods or thrown into the sea.

Bette Cahill's 1992 book, Butterbox Babies, is a journalistic look at the scandal, soberly dramatized by CBC in 1995. Halifax filmmaker Michael Melski has gone another way, turning the Ideal story into a creepy ghost story called The Child Remains, out this Friday.

"These houses existed all over the world, mainly in very religious countries," says Melski, who wrote and directed the film. "They thrived because of shame—before the world became enlightened, the idea of having a child out of wedlock was scandalous and ruinous."

The Child Remains opens with a young woman (Lesley Smith) giving birth to a child who is taken away from her and into the woods. There's some spectral business, then we cut to present day, where the home—the Mercy Home initially, the Mersey Inn now—is hosting a couple named Rae (Suzanne Clément) and Liam (Allan Hawco), run by an unsettling woman (Shelley Thompson). Melski describes it as "The Shining meets Rosemary's Baby, in an orphanage."

Hawco was the star of Republic of Doyle; Clément is Quebec film royalty, including a couple films with Xavier Dolan, but it's the local, Thompson, who Melski is most effusive about. "She was so important to it, I can't even describe," says Melski. "The key to the movie working was gonna be the innkeeper. And of all the people in the Atlantic region—one voice, one persona, one person came to mind and it was Shelley. She was at the Canadian Film Centre as a director, and she said she was very interested: 'Send me a script.' I never write roles for actors I know because oftentimes you don't get them, and you get let down. She sent me a one-line email, all caps: 'AHHHHHHHHH.'

"People have described her chilling as Betsy Palmer in Friday the 13th," he adds, "which is high praise."

The film opens on Friday in Park Lane against a juggernaut—Avengers: Infinity War ("Their trailer cost more than our movie")—before slowly rolling out across the country.

It's not just Marvel the film has had to contend with: The Child Remains was nearly derailed by 2015's tax credit debacle, or as Melski bluntly puts it: "It tanked the first version of our film. The insecurity of that time cost us $75,000 of our budget," originally $1.2 million. Melski had to rewrite it "to shoot with the reduced resources," paring down to the three leads and two main locations. The result came in at $875,000.

Melski says the government needs to implement an equity investment program for local film and television to be revitalized, and thrive in the future. "I don't want to leave Nova Scotia but you have to consider the bigger picture. I've fought my way to be able to make my own films, but I want to keep making really good things, but to have the resources to do that, Nova Scotia needs to step up, look itself in the mirror and stop reading its own press releases," he says. "Talented people will start moving back here, but we need the government to be truly realistic for that to happen."