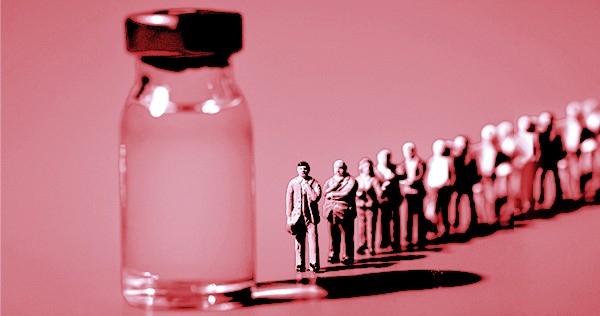 Ethicist Francoise Baylis says most health care workers will get the vaccine without being forced to. STOCK

The complicated question of mandatory vaccination

For doctors, nurses and other health care workers, the vaccine is still—and likely always will be—optional.

Vaccine rollout is going swimmingly in Nova Scotia according to the provincial government. As of the most recent update on May 25, over 48 percent of Nova Scotians have had at least one dose.

As immunization moves forward, Nova Scotians continue to ask complex questions about the vaccine. Should people with pre-existing conditions be prioritized? What about prioritization for people living in prisons or community settings? In hospitals and outside them, will our health care providers be vaccinated? Or can a doctor or nurse refuse a shot based on personal choice or health concerns?

Françoise Baylis, a health ethicist based at Dalhousie University, says at this point, Strang’s decision is valid. “It would be premature to introduce something and then have to flip flop or change it or amend it, as the science keeps changing or amending. Right now, the position being taken is one that's actually quite defensible and reasonable,” she tells The Coast in a phone call. “It doesn't mean it's off the table. It means now's not the time to be focused on that at all.”

“The best-case scenario is people willingly roll up their sleeves and say, ‘vaccinate me.’ And until we've exhausted that, I don't think you want to look at measures that some people will interpret as draconian.”

The issue is a lot more complicated than Strang just signing an order to make COVID-19 vaccines mandatory for all health care workers. First off, the definition of health care worker is very broad. It could apply to doctors, nurses and surgeons in a hospital, but could also apply to medical students, janitorial staff, housekeeping, administrative roles and even volunteers. There are also healthcare providers who aren’t based at hospitals, like long-term care workers, home nurses and community pharmacists.

Then there’s the science—it’s still too early to know whether your doctor being vaccinated will prevent them from spreading COVID to you. “The reason you would want to have it is because you think it's going to stop a person transmitting it to another person,” explains Baylis. “At this point in time, we have some evidence that suggests that'll be the case, but we don't actually have what would fall into the category of robust clinical data.”

Although we don’t have exact numbers, Strang has suggested multiple times that uptake among health care workers is high, and Carr’s figures back him up. “We don't actually even know that we have a problem yet. We don't actually know that the healthcare providers are going to refuse to do it willingly,” Baylis says. “So why would you impose something on people that might be quite willing to do it without having a big stick?”

Baylis says making vaccination mandatory could push people in the opposite direction. “The best-case scenario is people willingly roll up their sleeves and say, ‘vaccinate me,’” she says. “And until we've exhausted that, I don't think you want to look at measures that some people will interpret as draconian, and have a very negative response to, when you still have options.”

This kind of negative response happened earlier this year when Nova Scotia made organ donation opt-out, rather than opt-in. “There are people who had willingly been organ donors in Nova Scotia, who are no longer organ donors,” she says. “because Nova Scotia changed their law, making this an obligation for anyone who hadn't made a choice.”

Baylis says mandatory vaccination could also fuel anti-vaxxers. “People who refuse to be vaccinated, and who are trying to persuade other people to refuse to vaccinate can then use that to their advantage. They say, ‘You see, your government's trying to tell you what to do.’”

COVID-19 is the latest disease to prompt questions about making vaccines mandatory for health care workers, but it’s not the first. Right now, Nova Scotia Health requires its staff to be vaccinated against a host of infections. There are tweaks based on whether the staffer has patient contact or could be exposed to bodily fluids, but generally the list includes vaccination for the flu, chicken pox, hepatitis B, the MMR (measles, mumps, rubella) TDaP (tetanus, diphtheria, pertussis) and meningococcal vaccines, and a tuberculosis test. The NSH provides all these vaccines (or testing, for employees who don’t have a vaccination record) for free.

“Nova Scotia Health recognizes the potential for staff to be exposed to, or be carriers of, vaccine-preventable communicable diseases,” says NSHA communications rep Brendan Elliott in an email to The Coast. “And is committed to providing a safe and healthy environment for staff and those receiving health care services.”

The precedent set by other vaccines may be instructive, but even mandatory flu shots have limitations. Elliott says there are a few reasons employees might not get a vaccine, like people with severe allergic reactions to past vaccines, people who are sick or have a fever above 103, and some people who are pregnant.

“The whole goal of getting to population immunity is that you're then in a position to protect everyone, including those who've chosen not to be vaccinated.”

Those people are kept track of internally, says Elliott, for safety concerns to both the staff member without the vaccination, and others. “There is a comprehensive discussion with the employee regarding risk of infection and if after an informed discussion the employee refuses vaccination the employer may employ other administrative controls to reduce the risk of exposure and infection. This may include placement in an alternate work environment based on education, skills and risk of exposure.” In other words, if an employee doesn’t want to get a vaccine even after NSH has explained why it’s important, their job might change.

Further down the road with COVID, if there is a problem—i.e. continued transmissions in hospitals like the recent Halifax Infirmary outbreak—then public health will have many decisions to make in creating a policy around mandatory vaccinations.

Baylis says on top of the above logistical issues, like who qualifies as a health care worker, there’s also the question of which vaccine will be required. Canada has four approved vaccines (Pfizer, Moderna, AstraZeneca and Janssen), but Baylis says there are 19 around the world.

“What if we had somebody who was a learner who's coming to do special residency training here? Fully vaccinated, but with Sputnik. Would that be acceptable?” Baylis says. “Those are the kinds of things you have to think through so that you're not making ad hoc decisions, which ended up being unfair.”

There will also always be a small portion of health care workers who can’t get vaccinated for the reasons Elliott listed above, and Baylis says it’s important to include them in decision-making, too.

“A small percentage of people will consciously choose not to take a vaccine for whatever reason, it could be a medical indication, it could just be a personal choice,” Baylis says. “The whole goal of getting to population immunity is that you're then in a position to protect everyone, including those who've chosen not to be vaccinated.”

Instead of vaccination, Baylis says those people have various options, like frequent mandatory COVID testing, continued use of PPE or reassignment. “When we get to a mandate—if we do—consider what accommodations have to be made for those who cannot be vaccinated for medical reasons,” she says. “You have to think about that. You can't just say 100 percent or you lose your job.”

Because it’s all so new, our understanding of COVID and vaccines is changing quickly. Two years ago, the disease didn’t even exist. A year ago, decision makers had no idea the vaccine would be available so soon. A month ago, Nova Scotia had no qualms about giving people the AstraZeneca vaccine. In contrast to such fast developments, Baylis says it will take time to navigate the muddy waters of decisions like mandatory vaccination.

“At some point, what the question is going to become is, ‘Does this [vaccine] get added to the list of requirements that are already in place?’” says Baylis. “The bottom line is that you would want a policy that pays attention to all those details. That's not something you can dream up overnight.”