Longtime sausage slinger moves to Barrington and South while a new wiener dealer sets up at Dalhousie. 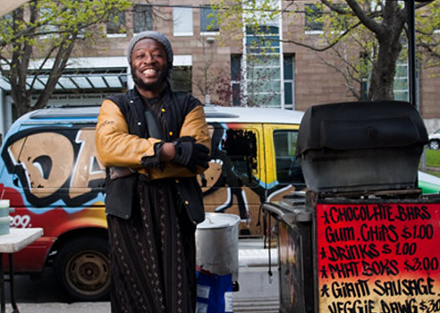 It's a dog-eat-Dawg world out there, man.

Today, it was brought to The Coast's attention the Dalhousie University's celebrity chef, the Dawgfather PhD, has found a new place to sell his street meat.

The move comes after the hot dog doc's court case against the municipality (an effort to halt a proposed bike lane that would affect his parking spot, which was in a No Parking zone) was dismissed back in April.

While dedicated patients of the PhD will now have to follow their noses and barbecue cravings to the corner of Barrington and South streets for lunch—it appears another, unrelated hot dog vendor has cropped up in the Dawgfather's former space in front of the Dal SUB.

Twitter tipster @EhGwendo says the owners of the cart are well aware that the bike lane's on its way, but hadn't heard of the Dawgfather's beef with the city.

They are currently parked in the soon to be bike lane but are aware it's coming. Didn't seem to know about. The Dawgfather fight.