The Dears: Lost in the Plot 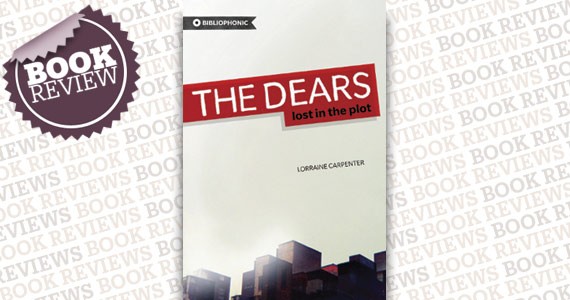 In the first installment of biographical narratives on Canadian bands by Invisible, Lorraine Carpenter discusses Montreal’s The Dears, 10 years after the band’s inception. Drawing on interviews with members of the group, as well as articles she wrote on them throughout the aughts, Carpenter explores the relevance of their symphonic indie-rock and how it paved the way for groups like Arcade Fire and Broken Social Scene. With candid storytelling on the band’s rise and fall from chief songwriter Murray Lightburn---as well as some hilarious commentary from Halifax’s own Rob Benvie---the book paints a vulgar picture of a band who never quite got the success it deserved. Carpenter’s in-depth analysis of their discography and behind the scenes drama makes The Dears: Lost in the Plot the quintessential book for fans of Montreal’s unsung heroes.