The Economy Shoe Shop's been sold

Owner says the streetscaping plan is the "nail in the coffin" 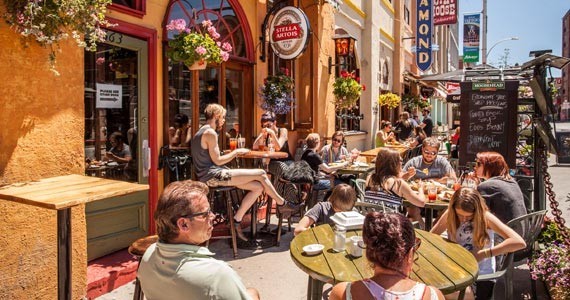 “It’s bittersweet. I hate the idea of moving out, leaving this but as you know, I’m not making any money here,” says Economy Shoe Shop (1663 Argyle Street) owner Victor Syperek matter-of-factly of his decision to sell the iconic Halifax bar after 22 years on Argyle Street.

He dropped the bomb that he was handing over its keys to Toothy Moose owner Brad Hartlin live on CBC’s Mainstreet last week. Now, he’ll zero his focus in on his Gottingen Street ventures, The Seahorse, Marquee Ballroom and The Local.

“The final straw was tearing up the road this summer. I cannot survive with no business this summer, and I think it’s going to kill everyone on the street,” he says of the plans to kick start the Argyle Street streetscape project this summer. “They’ve put the nail in the coffin.”

They, Syperek says, are both the developer and the city, both of whom he says have been inconsiderate and then some.

“The entire schedule is wrapped around the convention centre and not the people who’ve been here for years,” he says. "I think the city could have been a lot more proactive in this whole thing."