Seventy years after Hubbards’ Harnish family built The Shore Club, the community dance hall and restaurant remains a living, breathing snapshot of what the season is all about.

"First thing I do whenever I see someone is 'Where are you folks from?' and if I got a story about where they're from I tell them the story and if I don't have one, I'll tell them a story about here," Rhys Harnish says with a nod.

Harnish owns and operates The Shore Club, an old dance hall and lobster supper restaurant in Hubbards. The Club has been around long enough to sit on a road of the same name. In the curve of the front hallway of the restaurant, there are faded news clippings and black and white photos, decades of memories from a visit by Prince Charles and Princess Diana to a location shoot for Mariah Carey's regrettable movie, WiseGirls. This year marks two big memories: The 70th anniversary of the Club's opening on August 24, 1946, and the 80th anniversary of the Harnish family's first lobster supper, thrown for the National Gyro Club Convention on August 5, 1936.

The Shore Club is magic. It is like nothing else in Nova Scotia. It exists on a plane that feels like a tangible memory: Like animated Polaroid film, a summer camp where kisses taste like burgers, or a family vacation where you carried a watermelon. From the warm wood that curves down that front hall to the red-checkered tablecloths and rolls of stiff brown paper towel and the crowds of rosy-cheeked diners with bibs around their necks and lobster claws in their hands—it's living, breathing Kodachrome of community dinners, of camp dining halls, of summer.

Harnish looks around the crowded room. Wet fingers crack into lobsters, prodding hunks of meat from claws and bellies, sloshing plump mussels in tiny cups of butter. The room is alive with conversation and laughter, strains of Maritime fiddle music and the dull clattering and sloppy clangs of empty shells hitting metal bowls. He points a thumb at the next table over. "Spain, Majorca, right there," he says.

He waves his hand around gesturing at table after table. "Up there is Ottawa, right here is Vancouver. There's Vermont, Gatineau is over there, Chester over there in the corner, and these people here," he says, tilting his head towards a family at another table, "they're from Connecticut and Los Angeles, but they have a summer place in Chester."

For Harnish it's always a host of familiar faces at the Club, whether it's locals or "the summer people," as he calls them. "All of those people who were teenagers in the early '60s have been coming here ever since," says Harnish. "They took over from the people who were here in the '40s and the '50s, they were the second generation. We're in the third generation now. And every generation still considers this place their own, you know? They still have ownership of it."

The first lobster dinner, the one in 1936, was actually nothing more than happenstance. "My grandfather, you know, he didn't know anything about lobster necessarily," says Harnish. "Our family arrived here back in the 1700s. The original land grant encompassed all of Hubbards. And when my grandfather started in 1936, we owned sort of from the little white cottages just down over the hill here"—he gestures outside of the restaurant—"this whole end of the point was all our land and it encompassed the beach. So when he was approached to cook up some lobsters, he just did it on the beach. He had this old pot—there used to be a barn just across the street here where he kept cattle—it used to be the cook pot of the USS Chesapeake. He shined it up and took it down to the beach and filled it up with salt water and cooked up the lobster. And it was a great success."

"We're in the third generation now. And every generation still considers this place their own, you know? They still have ownership of it." —Rhys Harnish tweet this

Even though The Shore Club is inextricably linked to lobster dinners at this point, the seasonal, dining-hall-style community dinners have only been happening since 1995. Before that, lobster was mostly reserved special events or rentals. Harnish's parents, Roy and Lois Harnish, built The Shore Club as a dance hall. "They built it to do lobster dinners and functions," says Harnish. "Every Saturday night there was always live entertainment and through the week they'd have a few lobster parties here and there. And that's sort of how they survived all these years."

In 1955 they added the Hubbards Beach Campgrounds and Cottages into the fold. Harnish's brother, Clyde, now runs that part of the business. The two grew up, along with their sisters, living right above the Club. Their Saturday nights were given soundtrack by the warm growls of saxophones, trills of trumpets and four-beat rhythms tapped out by two-tone shoes on the dance floor below as big bands set the room into a sweat with blistering jive and swing music. 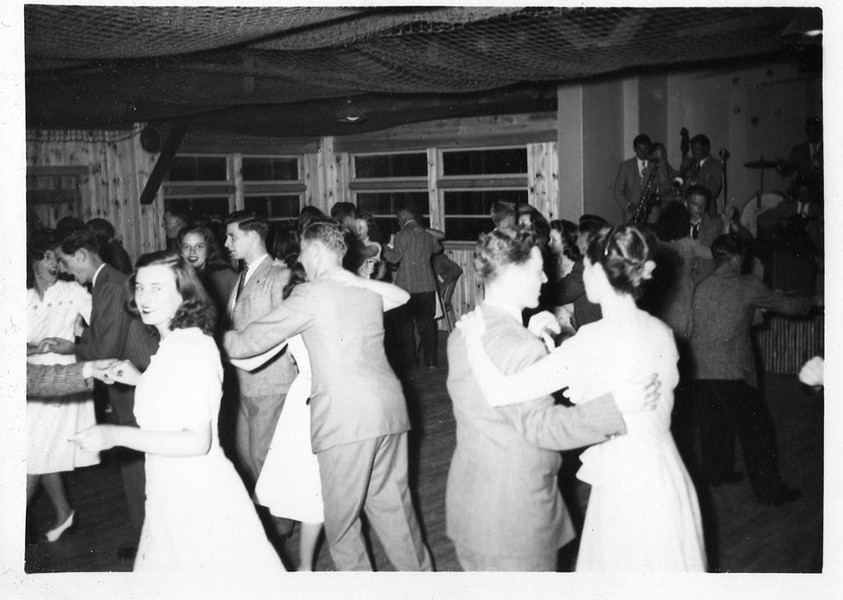 "Right up above there," Harnish says, pointing into the rafters where wooden seagulls soar between the beams, "there's a little hidden room where us kids could watch all the dancers down below here. That was pretty special. There were three bedrooms on the back side of the building: My bedroom was the middle one and my sister's was the far one and then the one on this end was the band room. This was back in the early '50s and there was all big band sounds still, so they'd all be up there tuning their clarinets and their trumpets and stuff and they'd all come over and tell us a joke or something. And then the morning before mom and dad got up, all four of us kids would all come down here and scavenge for potato chips and any pop that might be left over." He laughs. "And that's the way I grew up."

As the big band era came to a close, trumpets made way for electric guitars. "The Shore Club was one of the first one or two venues to bring in rock music back in the 1960s," says Harnish. He remembers a band called Prism playing there in their early days, before they became April Wine. Sam Moon was a regular. Matt Minglewood has been playing there since 1968. "Another big band back then was Bryan Ahearn and the Badd Cedes," Harnish says. "He, of course, married Emmylou Harris. They were all Frank's Bandstand bands. All those guys went on to become major musicians. Boy, did they ever pack the place."

John Balser was just 11 years old when he first sat behind the drum kit for The Gemtones. By the time he was 15 The Gemtones had a hit song—"Reno," a guitar-driven instrumental number in the same windingly poppy, proto-surf vein of The Ventures, became a Top 10 song on the Hit Parade—and he was playing at The Shore Club.

"What I remember most is the Friday drive down from Moncton. And the long drive back leaving about 1:30am," Balser says.

"There were four or five guys in the band and their mother was the manager. They all came in a station wagon with all of their gear," says Harnish. "They were one of the first Atlantic Canadian bands to have a hit record. That's how dad found out about them—he heard them on the CBC. And, anyhow, that's how our teen dances, our rock dances, started."

"We had a blast playing there in the summer," says Balser. "Usually had big crowd on Fridays. The place was always packed. It was a good place to play, the acoustics were good. We were able to get a groove going, had a lot of fun. I met lots of great people there. I have lots of fond memories."

"It is the venue of all venues, a house built on nothing but tradition and lobster." —Matt Mays tweet this

The Club is still wall-to-wall people when big local acts drop in for summer shows. They clear out the middle rows of tables for all the acts, but when acts like Joel Plaskett and Matt Mays drop in, they clear the decks for standing room only crowds. "The Shore Club is a gem," says Plaskett, who has been playing shows at the Club for years. "Classy but unpretentious, and steeped in history. You gotta show up ready to sing."

Plaskett played a sold-out show in July. And he was more than ready, says Harnish. "He looked out on the room and all these friends and familiar faces were here and everybody knew all the words to all the songs and, honestly, he didn't want to come off the stage. He just wanted to play. "

Matt Mays has been playing every summer for around a decade, and packs the place every year, this year for four consecutive nights. "It is the venue of all venues," says Mays, "a house built on nothing but tradition and lobster. The summer Shore Club shows mean absolutely everything to me and always will."

Harnish looks for a word to describe the place: "Warmth." He says that you can just feel it in the air at The Shore Club. "But I'll tell you, you look forward to Thanksgiving," he adds, laughing. "When you're right in the heart of it, though, you meet so many nice people here. And 99.9 percent of them are going away happy."

Melissa Buote tries to make sure to eat one lobster every summer, but will not eat lobster poutine because no no no. 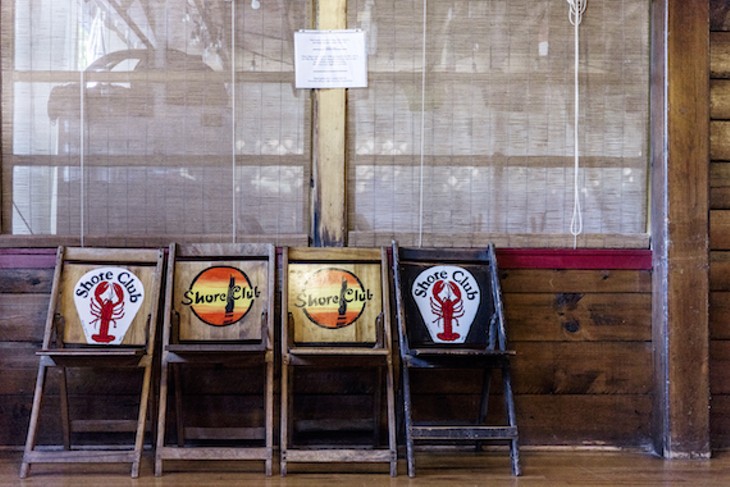 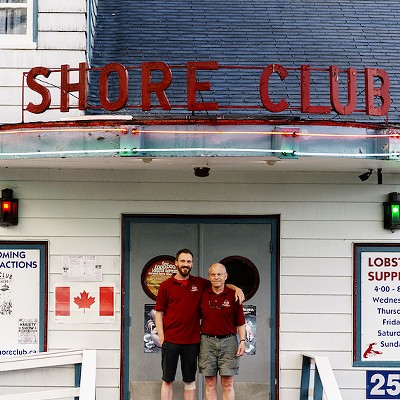 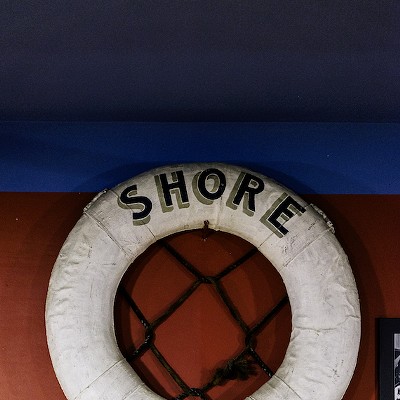 The Shore Club
By NXN Photography
Click to View 17 slides