The energy of Jean-Michel Blais 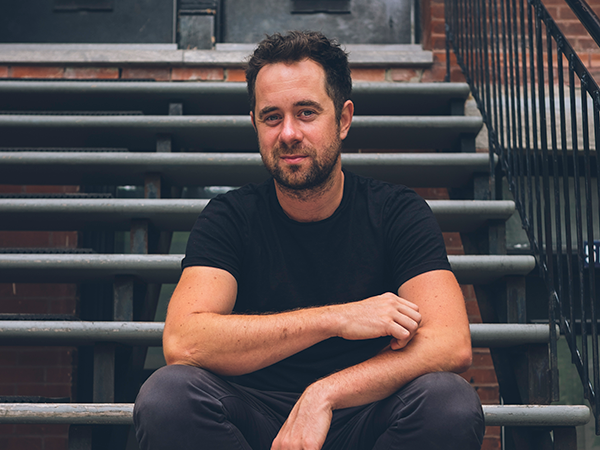 It's early on a weekend morning and Jean-Michel Blais is already buzzing with energy. When Blais first picks up the phone, he's in the middle of packing up boxes of merch for a jaunt from Montreal to Rimouski. He's on the road in support of his latest releases—his second LP, last year's Dans ma main, and his subsequent eviction sessions EP—a tour that will see him stopping across Quebec and New Brunswick before ending the run in Halifax at St. Matthew's Church on Saturday.

An hour or so later, Blais is driving eastward with a car full of the records he's released on stalwart independent label Arts & Crafts; Dans ma main was shortlisted for the Polaris Prize, an award notoriously favourable to the broad swath of music that might be called indie-rock. Blais' resume is impressive and, for those unfamiliar with his work, might bring to mind a certain kind of music. But Blais doesn't work with guitars and drums—far from it. He's a pianist, performing dazzling compositions that push neo-classical music out of the academy and into the ears of a new generation of listeners.

Despite the connotations of working as a solo pianist, Blais hesitates to align himself fully within the tradition of neo-classical music. He cites influences across the history of instrumental music, from Schoenberg to John Cage, but says his recent work is equally indebted to emerging electronic music and the tools that make it possible. Dans ma main, which expands his palate beyond acoustic piano to include a range of synthetic sounds, was inspired by a stint living in Berlin and his collaboration with fellow Montrealer CFCF.

Blais says that these experiences immersed him in a different music culture from the classical world and reminded him that he could "make some music that speaks to [his] generation." His goal as a pianist isn't so much one of refinement as it is a relentless search for newness; in other words, he says, he wants to "expand the instrument and the artist too.

"I feel like it's a duty somehow," says Blais, describing his work to push the boundaries of instrumental music. "I don't get why we just play acoustic piano nowadays. Of course I've done that myself, but there's just so many means now...any major classical composer I've been inspired by would for sure be working with computers now. I can't see the contemporary Mahler not using [the music software] Ableton, I just don't see it."

His performances are no less original. Blais says that he avoids trying to recreate his records live, and instead turns to improvisation to find new angles from which to explore his compositions. He's hoping that his shows will be "transformative," but acknowledges that being moved by music isn't exactly the sort of experience that you can plan.

"I cannot go there and replicate the same thing over and over," he says. "It would kill myself first, and once I'm dead on stage I guess the energy will die too."

He might be exaggerating, but It's hard to imagine Blais' energy dying any time soon. He describes his work as a pianist almost like a long-term relationship: He welcomes change because he's in it for the long haul.

"I've decided I would do this for a living, for a profession, the dedication of my time on earth," he says. "Which makes me not stressed out, to always release the best thing to make money, because you don't know when you'll fade away, but rather to slowly grow and go in several directions."