The Fly Fisher's Companion a catch

Michael Melski's play avoids cliches in this story about an eroding relationship between two old friends. 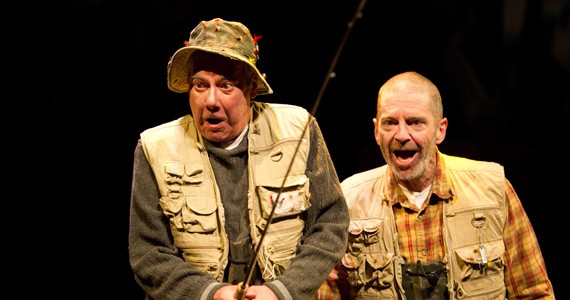 You needn't worry that The Fly Fisher's Companion, Cape Breton playwright Michael Melski's meditation on aging, death and friendship, is depressing, maudlin or cliched. It's filled with sharp dialogue, plenty of laughs and real chemistry between Don Ritchie (playing Wes, a bouncy, optimistic writer) and John Dartt (as Don, an acerbic, self-centred businessman), so that this gentle, lyrical play is elevated above the usual "grumpy old men" melodrama. Wes and Don have some heavy business to sort out, and while the troubles that have damaged their friendship may be very specific, the guilt they feel is universally understandable. The delightful set manages to give the impression of an actual fishing cabin while spilling into a heightened memory/dream world. At times, music is used to underscore the pathos of the situation in a heavy-handed way, but that's a slight quibble about this catch of a play. –Kate Watson