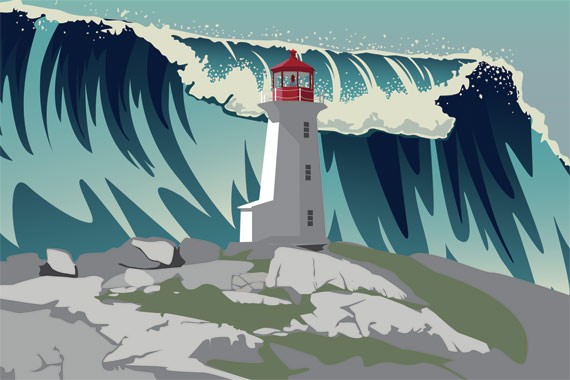 Once again, the eyes of the world will be watching Paris. From November 30 to December 11, 147 world leaders will join together in the French capital along with tens of thousands of journalists, activists and observers for the 21st annual Conference of the Parties to the United Nations Framework Convention on Climate Change.

Informally, it’s COP21, or simply the Paris climate conference. It will be the largest gathering of political leaders dedicated to global warming since Copenhagen in 2009, and the last, best shot the world has at reversing climate change.

The objective going into Paris will be a universal, binding climate agreement from every nation that will hold the world to a 2°C temperature rise. So far, over 60 nations have submitted emission cut promises ahead of the summit. Analysis of those plans, however, suggest they’ll only hold global warming to 2.7°C, or even 3°C.

Prime minister Justin Trudeau is still looking to decrease greenhouse emissions in Canada by 30 percent before 2030. Canada has promised to put forward its voluntary climate change plan within 90 days of COP21.

The country’s federal and provincial leaders—though not Nova Scotian premier Stephen McNeil—will be travelling to Paris and joining figureheads from around the world next week in a city still on edge after recent terrorist attacks left 129 dead. Security has been increased and the atmosphere in Paris will be tense. The French government has banned protests, marches and “outdoor activities” during the climate summit—effectively silencing thousands of marginalized peoples heading to COP21 to try and speak for their future.

Some of those voices will be traveling from right here in Nova Scotia. Quite literally a global issue, climate change impacts everyone—from the refugee fleeing Syrian unrest to the Halifax homeowner installing solar panels. The Coast wanted to let Paris know we’ll be watching. As such, we asked a few Nova Scotians to help us send some postcards to Paris. They’re letters to the future, from a past still hopeful enough that things can change for the better. We hope you enjoy reading them.