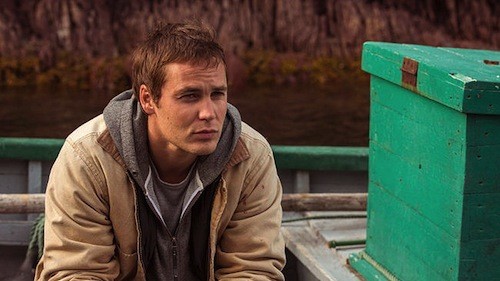 Tim Riggins Goes A-Doctorin’, B’ys, in this folksy adaptation of the decade-old French film by Jean-François Pouliot. Directed by Don McKellar (confusing), this Seduction stars Taylor Kitsch as a Toronto doctor (the hotshot is implied) who is tricked into spending a month in the depressed Newfoundland town of Tickle Head. If he agrees to stay, they’ll qualify as a factory site for a petroleum company. The jobs won’t be great, but better than a whole town on EI. Brendan Gleeson is Murray, the self-appointed leader of the seduction mission, who has another motivation: His wife (Cathy Jones) has just left him for work in Sr. John’s. Michael Dowse (FUBAR) joins original writer Ken Scott for this version, which ambles along amiably if not excitingly enough, pulling a bunch of well-meaning shenanigans on the doctor to convince him life in Tickle Head is where it’s at. Gordon Pinsent and Mark Critch provide sassy support; poor Liane Balaban, as a post office worker who is literally the only person in her age bracket left in this town (the movie doesn’t care why), is the half-hearted love interest and doesn’t even get to kiss Kitsch. The Grand Seduction is good-looking, well-cast and funny like an old CBC comedy. Totally fine.