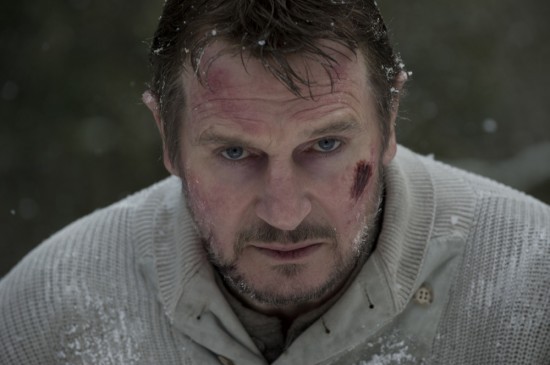 Befitting its namesake, Joe Carnahan’s grim survival movie lands in that vast, murky area between brilliant and terrible, its moments of transcendence balanced by glaring weaknesses. Liam Neeson plays a lovesick alpha male among a group of men who live through a plane crash in the Alaskan wilderness only to face the elements and a pack of territorial wolves. Neeson is solidly solemn as the haunted leader of hunted men and Carnahan captures the brutal, frigid Arctic remoteness in a way that sends shivers through the screen. There are several genuinely harrowing set pieces, too, but the distance between them is bloated by stock characters taking erratic aim at emotional depth with corny speeches. Carnahan would have been better off ditching the testosterone melodrama and carving his thriller from the lean meat.