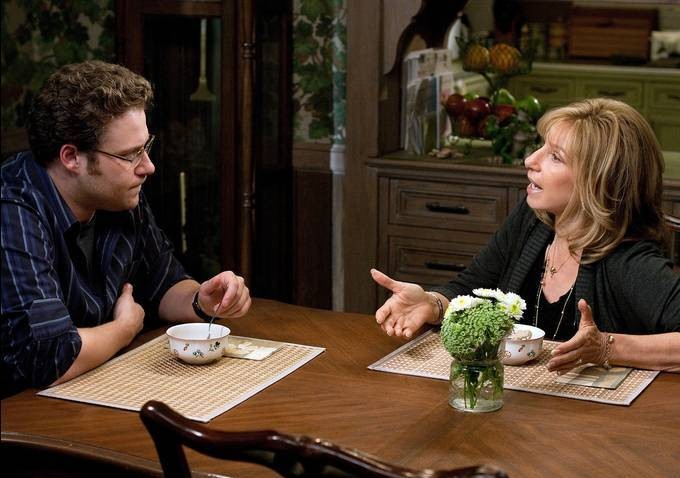 Rogen and Streisand hash out the pros and cons of taking on a film like this.

Entirely disposable, The Guilt Trip takes a couple of fine actors down the road of least success. Floundering salesman Seth Rogen just found out he's named after his doting, single mother's long lost love. So he invites mom along on his cross-country sales trip in hopes of getting her a date. Both leads are punching deliriously below their weight here, with Streisand embracing every Jewish mother stereotype while Rogen hams it up as her embarrassed jerk of a son. Neither is done any favours by the script, which slams into literal roadblocks anytime there's some artificial conflict to burn through. While billed as a comedy, the humour is so roundabout and obvious that you may wonder if this is actually a torturous melodrama about an unfunny failure of a man and the mother he hates. Lumbering, meddlesome and lifeless.

The Guilt Trip is not showing in any theaters in the area.