The new ensemble—which is the inaugural artist-in-residence at the Maritime Conservatory—makes space for queer folks in the classical music world. 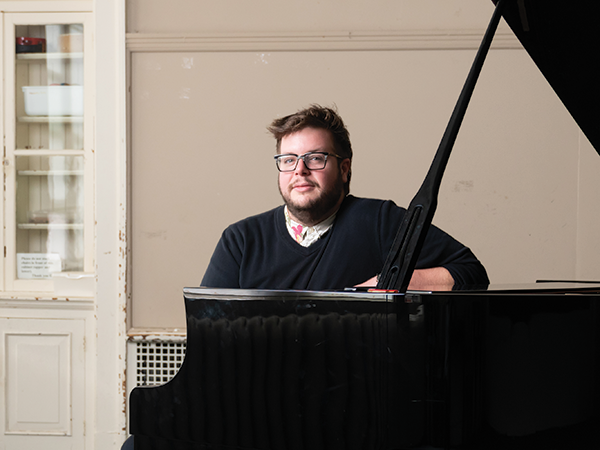 Since its inception just months ago, the Halifax Queer Ensemble has been on its come up, rise, ascension, crescendo—basically, doing very well. Having been chosen as the inaugural artist-in-residence at the Maritime Conservatory of Performing Arts, its success continues as the group of instrumentalists takes up space in the traditionally exclusive world of classical music.

Conceived by overall music impresario Jacob Caines, the ensemble was originally planned as a quick summer fling—but became so much more, attracting both seasoned musicians and curious beginners.

"Many of our members have joined because it's the first time they felt safe," says Caines. "We have people who identify as non-binary and trans. Often it's a high-stress situation to enter ensemble settings where you don't know people and there is a lot of judgment based in old traditional systems."

As the artist-in-residence at the conservatory, the group gathers on Friday evenings to rehearse musical scores by queer classical composers, like Tchaikovsky—celebrating identities that haven't always been celebrated.

It's a change dean of music for the Maritime Conservatory of Performing Arts, Jack Bennet, welcomes and has made space for.

"If you look at the western classical music world now and the past hundreds of years, it's been purposefully prohibitive to folks ...who don't fit the culture those at the top are looking for," says Bennett. "If we're going to live up to our mission and mandate as artists in the world, we have to welcome voices that haven't been heard."

Having acquired performance space, the ensemble is planning workshops, concerts featuring commissioned work by local queer composers and other events to inspire artists while bridging the gap between queer musicians and traditional institutions.