And you thought The Hobbit stretches the source material a bit thin to justify a trilogy. 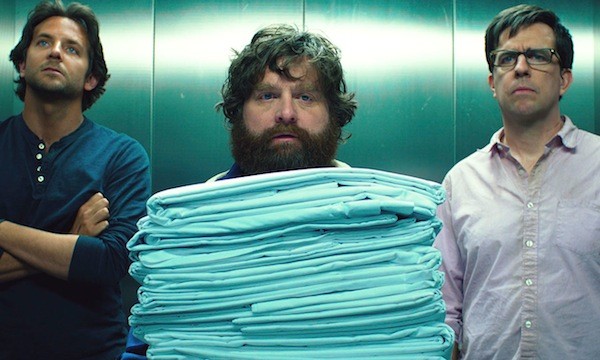 It's taken three Hangovers for stubbornly charming Zach Galifianakis to make it to centre stage.
The epic conclusion to three quarters of an idea stretched into a trilogy of movies arrives in The Hangover Part 3. To track down the crazed Leslie Chow (Ken Jeong), mob boss John Goodman forcibly recruits the Wolfpack (Ed Helms, Bradley Cooper, Zach Galifianakis). Deviating even slightly from the carbon copy Hangover 2 at least stops this third entry from being too bluntly predictable. Cooper and Helms barely register, while Jeong remains a screen presence as his psychotic gay mobster. Galifianakis finally takes centre stage, with writer/director Todd Phillips only needing three films to notice the comic’s stubborn, effete charm. Mostly, it's encouraging to see "fourth guy" Justin Bartha get a "with" credit in the opening credits. Hopefully he earned a pay bump for reprising his entirely forgettable segment of this group. A film that succeeds in barely attempting, The Hangover Part 3 is a contractual obligation, at best.

The Hangover Part III is not showing in any theaters in the area. 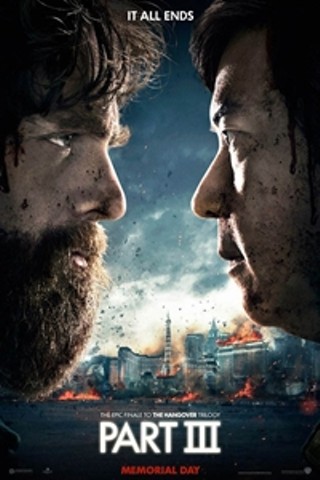