The history of Earth Day, from radical roots to big green in 50 years

A longread from our CCNow partners at Teen Vogue. 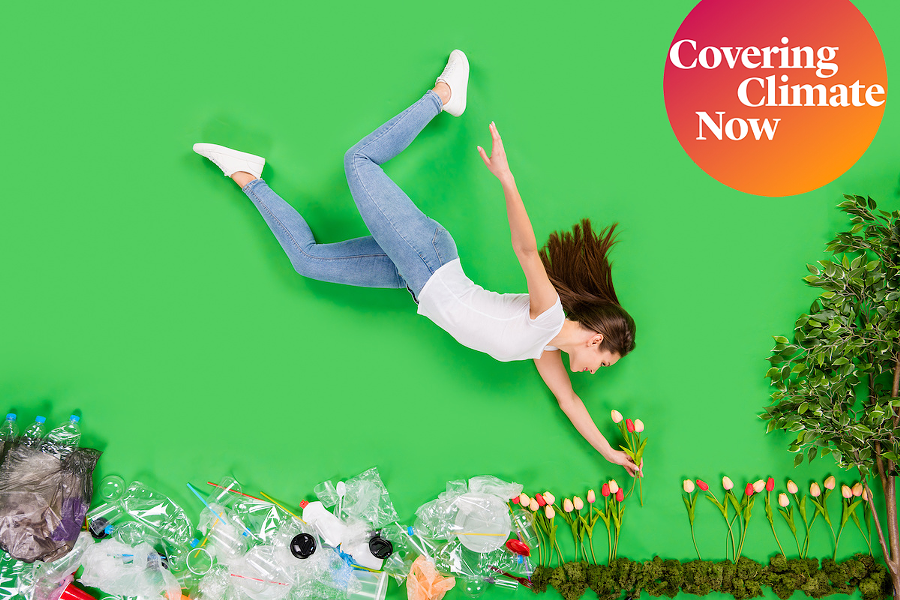 If you ask Adam Rome, Earth Day isn’t as punk as it used to be. “Earth Day is so tame nowadays,” says Rome, the author of The Genius of Earth Day: How a 1970 Teach-In Unexpectedly Made the First Green Generation. “For adults, it's often a trade show where you can see the latest green stuff, and for kids it's often a day with some corporate-sponsored lesson about what you can do individually to save the planet.”

But the first Earth Day in 1970, Rome says, was an “intense” day of protest and activism for the 20 million people who participated. “It was a day to ask soul-searching questions about why we had environmental problems,” Rome says.

It’s not just Rome who sees a short-sightedness in the way we mark Earth Day today. For Elizabeth Yeampierre, a Puerto Rican attorney and the executive director of Brooklyn-based community organization UPROSE, Earth Day is merely one marker in a long global history of environmental injustice.

For better or worse, Earth Day is the closest that the modern environmental movement has to a birthday: a time to celebrate milestones, to look back and plot a way forward. And as Earth Day has morphed since its inception, this year promises to be radically different. The surge of energy from youth activism over the past few years has been impeded by the coronavirus and bans on in-person gatherings. Organizers are hoping that the energy of the original Earth Day can take hold with a new generation grappling with a rapidly changing world.

Environmental protections in the United States essentially did not exist 50 years ago. Before the 1970s, industries of all types were allowed to pollute with little to no oversight, and Americans were largely in the dark about the impact air and water pollution could have on their health.

Prior to the first Earth Day, people across the country were disturbed by a 1969 oil spill in California, and their environmental consciousness was beginning to be raised, thanks in part to Rachel Carson’s seminal 1962 book Silent Spring. Then, in 1970, senator Gaylord Nelson, a Democrat from Wisconsin, recruited grassroots organizers across the country to coordinate events on a single day—April 22—to educate the public on environmental issues. 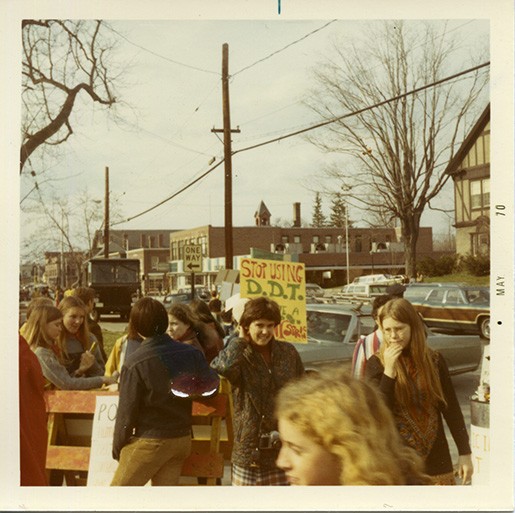 The scale of the organizing effort involved in the first Earth Day was massive, but Earth Day didn’t happen in a vacuum. The year 1970 came after a tumultuous decade of social upheaval and change, with the Vietnam War mobilizing thousands of young people to speak out; second-wave feminism bringing women out of the home and into the workforce; and the civil rights movement providing a model for what a nationwide environmental organizing effort could look like.

“The original founders of Earth Day literally borrowed pages from the then-happening civil rights movement to engage in righteous civil disobedience, righteous group mass action, to have humanity look at environmental degradation and the degradation of lives of individuals,” Aaron Mair, the Sierra Club’s first black president, told The New Republic in 2017.

The result was a resounding success. Environmental safeguards that we consider basic today—the Environmental Protection Agency, the Clean Air and Water Acts, the Endangered Species Act—came about following the massive impact of the early-1970s movements.

According to Rome, Earth Day also gave rise to the formation of robust “eco infrastructure” around protecting the environment. Activists involved in the early movement went on to create new careers to protect the changes they’d made and continue pushing for more—as environmental lawyers, lobbyists, nonprofit leaders, professors. Newspapers hired reporters to write about environmental issues. Green groups like the Sierra Club, now a household name, beefed up membership and bulked up their activism, while many others were born in the day’s aftermath.

For a moment in the 1970s, the future looked bright, inclusive—and green.

When Yeampierre joined UPROSE in 1996, she says she considered herself a social justice activist, and she had no history of working on environmental issues. But as young people in the community began telling her their concerns, she recognized common fights.

“They started talking to me about asthma, about truck traffic, about paint,” she remembers. “It became clear that if we couldn’t breathe, we couldn’t fight against bad policing.”

It may seem now as though community-based organizations like UPROSE, which started organizing around climate justice in the early 2000s, would be the natural heirs to the grassroots organizers behind the early Earth Day movement. But throughout the ’90s and the 2000s, many small organizations felt that the mainstream green conversation—which focused on sustainability, enacting bipartisan climate policy and promoting climate science—left out the needs of justice activists.

"We think that the environmental movement is sort of lefty, but a lot of environmental organizations are not self-identified as part of a broader progressive movement.” tweet this
Rome attributes much of this disconnect to the original Earth Day movement’s success. After agreeing to make changes to their business models to preserve the environment, companies began to recognize the financial cost of environmental regulations and push to have them relaxed. Ronald Reagan unleashed a wave of pro-business activity in the Republican Party, and the GOP took up the mantle of deregulation.

The “eco infrastructure” set up in the wake of Earth Day mobilized to save what their movement had created. With partisan divisiveness escalating, grassroots movements—including movements helmed by people of colour—were left by the wayside as a more nationally oriented white, middle-class environmental movement took hold.

“The big green groups are always happy to have the help of somebody who's not an environmentalist,” Rome explains. “A labour union wants to help them, great, but they're not on the street picketing when labour goes on strike. We think that the environmental movement is sort of lefty, but a lot of environmental organizations are not self-identified as part of a broader progressive movement.”

Yeampierre says that big green groups—which have carried the national conversation, run the policy agenda and received much of the green funding since Earth Day—have not only ignored activists of colour but exploited them.

“The big greens always knew who we were because we got into fights about the distribution of resources, the distribution of power, how the big greens would sort of heavy-foot into our communities and undermine the work that we were doing, how they would supplant not only our leadership, but make it impossible for us to move the dial,” she says. “The culture of these institutions has been an extractive culture.”

What’s next for Earth Day?

In late March, representatives from a coalition of grassroots green organizations held a press call to explain how the coronavirus crisis was changing their original plans for massive Earth Day demonstrations. Naina Agrawal-Hardin, a 17-year-old activist with the Sunrise Movement, sounded upbeat even as she acknowledged the huge changes taking hold.

The pandemic is a disaster, Agrawal-Hardin says, but “is also a moment of opportunity and of hope of rebuilding our society into one that works for all people.” She emphasized the movement’s demands for a “short-term COVID response which will prioritize people over profits,” part of a longer-term plan to “deliver a just and livable future for my generation.”

Other youth climate activists, like Zero Hour’s Jamie Margolin, have pointed out that the rapid global response to this health crisis shows that a similar mobilization is possible to address the climate emergency. And they’re trying to lead the way.

In 2019, 4 million people around the world took to the streets during one week in September as part of the largest-ever climate mobilization. A generation increasingly anxious and outraged about climate change helped persuade Americans that preserving the environment was inextricably linked to social, political and environmental justice—and that we don’t have a lot of time to figure out what to do about it.

Rome sees this kind of movement as returning to the spirit of the original Earth Day. “Now it’s often the local community groups that have the overwhelming focus on health” and justice, he says. “They live with the burden directly—they're the ones getting asthma; they're the ones getting cancer. In 1970, that was a major focus of a lot of Earth Day organizing, period.”

The coronavirus has cut millions of Americans off from health care, sources of income, community connection—all key elements that have traditionally enabled organizing to thrive.

It’s a daunting moment for climate activists to overcome. But the pandemic, Yeampierre says, is a harbinger of a future marked by disastrous extreme-weather events, and it's proof that we need to work toward environmental justice and preparedness right now.

This story originally appeared in Teen Vogue and is republished here as part of Covering Climate Now, a global journalism collaboration strengthening coverage of the climate story.