The inspirational legacy of Wade Smith

Wade gave back and invested in what matters most—our children.

I was very saddened to hear the news of my community brother Wade Smith’s passing on Friday, June 2. Wade was many things to many people: family man; friend; mentor; coach; administer/educator; community leader and more. Upon my reflection of Wade’s 50 years, I was filled with inspiration and pride. Pride in the example of the community dedication he demonstrated and inspired by the many lives he touched and influenced. Our African Nova Scotian culture encourages us to give back and to take an interest in the upcoming generation. Wade was a true testament of what that looks like. He gave back and invested in what matters most—our children.

As an educator, I shared Wade’s commitment to building a better future for our students. Wade was able to do this on a few different platforms, sport and education being a couple examples. He was invested in and growing young men and women that would strive to be their best selves. One of the places he chose to do this is was in the halls of academia. His message of “each one, teach one” was a philosophy that stemmed from the Community Y. This institution, along with the North Branch Library and the George Dixon Center, in the inner city of Halifax that through mentoring produced generations of responsible and productive citizens.

Wade and I both belonged to the Cultural Awareness Youth Group (CAYG) in high school. This culturally based youth group, led by David Woods, instilled a sense of 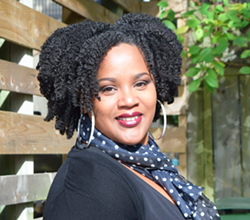 pride, confidence and leadership. Many of its former members have moved on to become successful and exemplary members of society. I don’t know if anyone at the time what an impact this group would have on an entire generation of Black students attending high schools in Halifax and Dartmouth. Former participants of this group have succeeded in becoming principals, teachers, professors, lawyers, successful entrepreneurs, et cetera, with a multitude of degrees among the ranks. Many of us went on to university, steeped in cultural pride and our history.

The most recent conversations I had with Wade were about education and how we could the upcoming generations to do better and be better, much like we were by those who were invested in our futures. Mentoring happens because we were mentored. It’s a cycle. It will continue to happen as long as we have people like Wade to set the example. I have no doubt at all that Wade and Sherry’s two sons will continue the legacy of giving back and making the world a better place, one relationship at a time.

Wade was interested in the preservation of the African Nova Scotian culture and spoke publicly a decade ago of starting an Africentric school to ensure academic success in our community. He took a very courageous step in discussing and bringing an extremely vital idea to centre stage.

Over time, I’ve had the opportunity to collaborate with Wade and other African Nova Scotian educators around the idea of building an Africentric practice in our education system. An Africentric practice is not necessarily a Black or white thing. It’s more about an approach and the methodologies one uses to deliver . It is a practice that can prove to be more conducive to students of African descent and consequently those who simply learn better in a construct that values relationship building in a collaborative environment. Wade knew and understood this concept fully.

Wade Smith was ahead of his time. He was a true visionary and possessed many other attributes of a great leader.

Rest in peace, my brother.