The Ivany Report perspective on the film tax credit cut 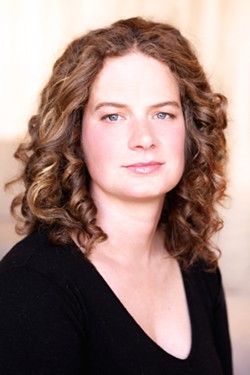 I want to congratulate you on developing and presenting a difficult budget. As a former Commissioner of ONE Nova Scotia (aka the Ivany Commission), I know all too well the financial and demographic challenges of this province. Hard decisions need to be made and new directions taken.  This is not an easy task, particularly for government.

I am writing to you from the perspective of my role on the Commission and in particular with regards to the creative economy. Our report did not focus on the creative economy, for a variety of reasons—partly omission, partly our fast-tracked timeline and lack of time for adequate discussion and agreement by Commissioners. Nevertheless, in our consultations throughout Nova Scotia, the people who came out to our meetings were often craftspeople, small creative business owners, engaged citizens who spoke strongly about our cultural sector. It is so much a part of who we are, we are often unable to define it. Growing up in Cape Breton, I can say that so many of my continued ties to the island are because of the culture, crafts and creativity of residents, despite the obstacles to success. 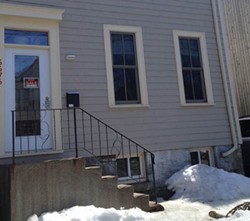 I strongly urge you to reconsider the reduction of the Film Tax Credit. My reasons are manyfold, some practical, some political, but overall in the interests of the future of this province.

I have no personal ties to this industry. While the tax credit is generous, it has built a strong film industry in Nova Scotia. It has spawned new businesses and given us a foothold in the global arena of film. The film industry is one of the few that is distributed across our rural and urban communities—allowing us to maximize our assets, and adding incredible value to the potential for our communities to make the most of their scenic attributes and historical settings.

Perhaps most importantly, this industry attracts and maintains young creative people who want to live here. We need this more than anything right now, as we are not going to move ahead and achieve new ways of doing things without our creative class. On a personal note, I do know at least five families who are deeply affected by this cut. They are valued members of our communities—they contribute more than many other people—because they are artists and care deeply about staying in Nova Scotia. But they will leave.

We have built up a solid reputation for excellent productions. From a financial perspective, now that the US dollar has strengthened, Nova Scotia is in an even better position to attract international productions. This is the type of industry we need to foster, increase our exports and continue to strengthen the value chain. It is one of the few industries where we have successfully built supporting companies and businesses around the primary industry. The skill set will be much needed as we rebrand Nova Scotia, promote our province and businesses, increase tourism and begin a new narrative. Without our storytellers, and those who work in film and multimedia, we will not be able to do this.

As you know, I care deeply about the future of Nova Scotia. I feel personally responsible when a business closes, a young family leaves, a community struggles to survive. Since the Ivany Commission officially ended last April, I have given over 40 talks on the Commission process and report. I do this on a completely volunteer basis, because I think it is so important that we communicate well to our citizens and that we inspire action at the local level. I have never used my position on the Commission to advocate for a particular economic project, business or policy decision.

As you may recall, in the early days of the NDP they made the decision to cut funding to the Yarmouth Ferry. This had significant economic impacts across the Maritimes, has ended up costing taxpayers much more than had the status quo been maintained and has arguably been a difficult file for your government. This decision to cut the film tax credit will likely be the equivalent of the cutting of the Yarmouth Ferry, prematurely, before we fully understand the impacts. Before we fully understand and have quantified the benefits.

As we recommend in the Now or Never Report (Transformational Change V) I urge you to consult with the industry, the people working in it, and come up with a reasonable option for moving forward. I know that it is difficult to back down on a budget decision. From my understanding, the industry is open to constructive consultation and discussing a path forward.

Again, I urge you to rethink this decision and adequately map out the potential options with the industry as well as fully understanding the impact of this decision. It will impact thousands of Nova Scotians and our communities, at a time when more than ever we need young, creative people.