The Ivany Report Report: Chapter one

Take a look at yourself, and then make a change. 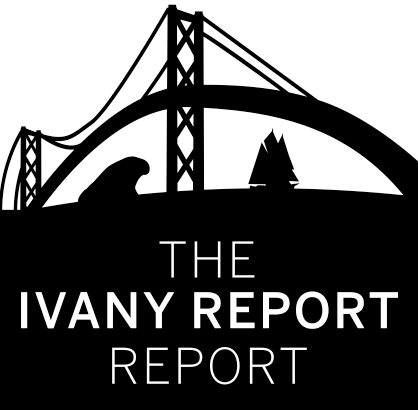 If you don’t like something, change it. If you can’t change it, change your attitude.

The commissioners’ report, which has vocal supporters and critics, spawned an all-party committee of politicians, businesspeople and others. Called the oneNS Coalition, it is preparing a 10-year action plan. A final report on that plan is to be filed with the provincial government by December.

Among key issues highlighted a year ago by the commission chaired by Ray Ivany, Acadia University’s president, was this: Nova Scotians’ poor attitude toward change and economic success has been impeding prosperity and growth.

Change can seem glacial at times here. This is a province, after all, where people who have decided to move here are still labelled CFAs (Come From Aways).

The human traits, personal experiences, entrenched habits and family history that shape our views are at the core of the Ivany report’s comments about attitude and resistance to change. Yet, a collective shift in thinking is not beyond reach, a Halifax psychology professor says.

“Change is always possible,” Steve Smith, the dean of science at Saint Mary’s University, tells The Coast. “Role models,” such as elected officials and business leaders, need to be on the front line, he says.

History has shown societal attitudes can take a generation or two to change. Think of tobacco smoking and impaired driving. Smith says any meaningful change that takes place in this province won’t be fast.

“And it has to be supported” by Nova Scotia’s leaders in the public and private sectors, especially those bankrolling it. “It can’t just be lip service,” Smith says.

The Ivany report on the province’s economic ills pointed to the attitude problem fairly early in its pages. There’s much community spirit here, yet “some negativity as well, stigmatizing success and resisting change,” it said.

Then there’s our attitude toward immigrants. That’s another piece of the puzzle, says Smith. “How do you get people’s attitudes toward members of other cultures to change?”

Ivany’s bleak-future warning said Nova Scotia’s aging and declining population could be boosted by more immigrants. Being friendly and tolerant would help attract and retain them. (Premier Stephen McNeil said in a February 11 speech in Halifax that the province has seen a 50 percent increase in immigrant nominees during the past year.)

Making change happen in a province steeped in the status quo will be challenging, observers have said. Graham Steele, a former provincial NDP cabinet minister who’s a commentator on CBC News, said last year “there are powerful forces...that have constructed our politics and that favour things continuing more or less as they are.”

One might logically assume, then, that persuading average citizens to accept fundamental change and finally stop deep-rooted behaviour would be a tough go. Smith says it’s doable but acknowledged the larger the group, the more difficult the task.