The Magic Flute blows on at the Halifax Summer Opera Festival

Mozart’s music might be “the most sublime ever written” but he’s no woke bae. 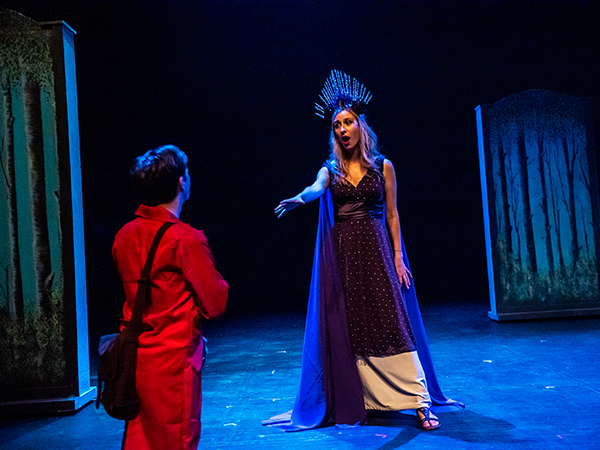 W hen Nina Scott-Stoddart, artistic director of the Halifax Summer Opera Festival, steps into the spotlight to introduce The Magic Flute, she tactfully draws our attention to both the beauty of the music and the antiquated libretto. She says Mozart's masterpiece features "the most sublime music ever written by human hands" but "it's a slightly old-fashioned script and slightly problematic for us."

The Magic Flute is a fairytale comedy about love, wisdom and the power of music. There's a brave prince, a kidnapped princess, a bumbling bird-catcher, a powerful high priest and a meddling mother known as the Queen of the Night. There's also a magic flute (who knew?) and some magic bells.

It's a silly story with a happy ending. What could go wrong?

Well, it's laden with misogyny, paternalism and racism. It's full of stereotypical indictments of women: their wiles, their emotionality and their talkativeness. The high priest kidnaps the princess from her mother because he thinks the Queen of the Night is a bad influence. Then there's a Moor named Monostatos whose dark skin, it is argued, is synonymous with evil.

So. Yeah. What was acceptable in 1791 (when this opera first premiered) is quite jarring today.

Once we've been duly prepared by Scott-Stoddart, we sit back and enjoy the music. The cast is comprised of students and professionals, so the performances are by turns extraordinary and uneven.

There are a few faint voices, but the main cast is impressive. In particular, charming baritone Luke Noftall provides comic relief as the bird-catcher Papageno while singing like one of his feathered friends. And, the Queen of the Night's famous rage aria is performed with goosebump-inducing intensity by talented soprano Anastasia Pogorelova. (Pogorelova is double-cast for the role, meaning when you attend you'll either see her or the sensational soprano Katherine Mayba as the Queen of the Night—either way, expect excellence.)

Almost as sublime as the music? The fact that we didn't have to brush up on our German: The projected English translations and spoken English dialogue make the libretto easy to understand, if occasionally difficult to read and to hear.