The Olympic Symphonium: We have fun

Fredericton-based folkies make serious music, as found on the new LP Beauty in the Tension, but they have a good time too. 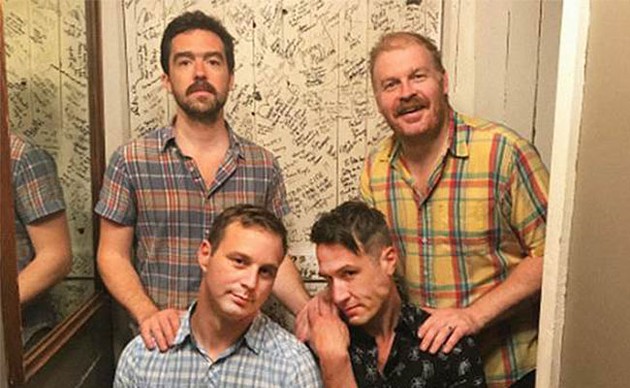 submitted
The band made its new LP at the Old Confidence Lodge.

It can be difficult for a band with four distinct songwriters with families and jobs to settle down to make an album.

Fredericton-based indie folk outfit The Olympic Symphonium got away from home and went to the south shore of Nova Scotia for six days to record Beauty in the Tension at the Old Confidence Lodge. It led to a different experience than the usual self-recorded process.

"There were just no more distractions," says one of the songwriters, Dennis Goodwin, who plays lap steel and guitar. "I mean aside from us egging on each other on and drinking too much beer at the end of the day. It was really great to just really sink our teeth right into it and experiment more."

The final product is a vast, relaxed folk dreamscape carried along by gently rolling guitars. Songs are delivered with earnest tones, the four songwriters taking turns sharing candid thoughts and exploring the intricacies of life. While there's a seriousness to the music, there's an underlying comedic element flowing through the group of close friends.

"When we do get to get together, it's just a lot of comedy actually," says Goodwin. "But maybe that's the balance, to be able to pour your heart out in some of those kind of tunes. That's where we get it out. When that's done, we get to act like 14-year-old boys."

A marquee example is the music video for the appropriately titled song "Comedy" featuring close-ups of all the band members crying, only to be revealed that the tears are induced by hot sauce and not emotion. The aftermath led to laying on the floor in pain and difficulty breathing.