The Oval: a round-about route to successful park building

The one good thing that came out of the concert scandal is the thing city staff never planned for. 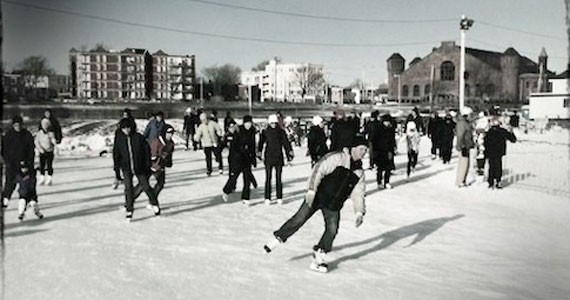 Judging by simple daily attendance figures, the most successful park in the urban area is, hands down, The Oval---it gets upwards of 5,000 visitors a day.

"The Oval was the right prescription for the North Common, because it is a regional attraction," says the city's park guru, Peter Bigelow. "There are 50,000 people who can walk to The Oval in 20 minutes, with their skates over their shoulders. That was a key consideration in our placement of The Oval, when we examined where would it best be located. We also looked at its proximity to services that families would like to utilize---proximity to simple things like restaurants, quick food, cheap food, all that kind of stuff, so it all becomes an experience."

I like Bigelow, and he's got good ideas, but really now, this is a load of crap. The Oval's success is completely accidental, or, if credit is to be given, it's to the thousands of people who demanded politicians make the temporary Canada Games oval permanent.

In fact, the city's primary aim for the North Common was to turn it into Magnetic Hill East, a mega concert venue. It was clear from the get-go that putting concerts on the Common was a very bad idea, as the unfolding of the concert scandal demonstrated. But while city staff was still ga-ga over concerts, they moved the orientation of the then-in-planning Oval from Robie Street to its present location on Cogswell Street, in order to place a large electrical transformer in a position that could be used to power rock bands.

Still, Bigelow is right about the success. "The impact of The Oval in terms of community building has been enormous," he says. "Those are some of the strongest and most frequent comments that we get. People using The Oval say, 'I feel like I'm part of my community, and I'm out there with 5,000 other strangers, but I feel this commonality.'" He also points at reduction in crime in the park and increased sales for nearby businesses.

When it was first proposed that The Oval be made permanent, there were people who would've rather had kept the Common as empty green space---putting the green wilderness expectation above the idea that people should actually use that space. But, thankfully, the prevailing community attitude was that a quarter-mile loop of concrete was the best use of city park space.

Even with The Oval's success, there are shortcomings. For one, so far it's only in operation during the winter. To make it a real success, we'll have to figure out how to use it through the summer. Will Haligonians embrace in-line skating like they do ice skating? It remains to be seen. Another problem is the failed approach to vending at The Oval. At one point there was discussion of merely allowing any and all food trucks to set up on Cogswell Street, but that sensible idea was scuttled in favour of what looks like a sweetheart deal for one paying vendor on site. --TB