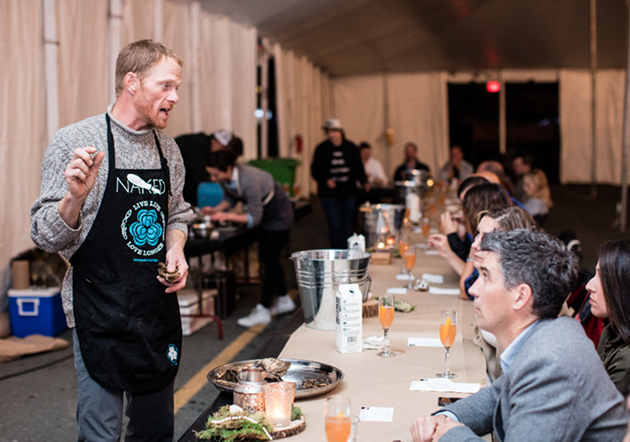 Back for its second year as an Oyster Festival kick-off is The Pearl Jam, an intimate, chef-focused event hosted by John Bil (owner of Toronto's Honest Weight) and oyster shucking champ Eamon Clark (of Rodney's Oyster House, also in TO) and presented by The Coast.

"It’s a chance to show off what's really happening right now in the kitchen," says Dennis Johnston, the event's executive chef. "It’s a good platform for that. And I think we need to push our bright stars whenever we can."

but in a prepared situation it gives the chance for the chef to work their magic in accenting the of the oyster that one wouldn’t normally recognize," says Johnston.


The roster of chefs will team up with local oyster producers and create dishes that'll be served to Pearl Jammers alongside a cocktail pairing from The Clever Barkeep crew.

"We’re lucky that we live by the ocean and have an enormous oyster culture here."