The Plan, boss, The Plan!

After 12 years, Halifax hardcore band The Plan get back together for another kick at the Plan can 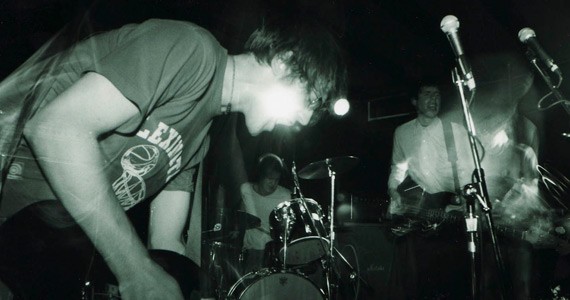 Yet again, Halifax Pop Explosion has spurred a much-anticipated reunion of a seminal local band. This year, The Plan, a post-hardcore group featuring members of North of America, Equation of State and Cold Warps, will end a 12-year period of inactivity by performing at the festival. The band's original lifespan was a scant and feverish two years that began in spring of 1999, wherein it played an integral role as part of an exciting time in Halifax music.

"Back then people were putting on really interesting shows," recalls founding member Michael Catano. "There was lots of nice cross-pollination. We played a bunch of shows with Piggy. So people would watch us, this loud, mathy, hardcore band that just screamed the whole time, and then see a 14-piece calypso orchestra singing about social justice. That was the spirit we tried to carry with us: just being open to possibility and making something special and unique for people."

That spirit sent The Plan on a three-month tour of North America mere months into its existence. "We left in January of 2000 on a tour that we had booked by mailing out demo tapes and calling promoters on the telephone. We were so poor and so scrappy," says Catano. "We got to know each other very, very quickly on that tour."

The band's penchant for touring led to the development of a strong live show, as friend and fan Nathan Doucet explains: "That band had an in-born thing because they toured so much right from the inception. Lance was a blur. Mike and Dave's guitars were doing all this intertwined polyrhythmic stuff. Mackenzie flailed around and screamed a lot. We all just took it as a point of freedom and would usually go nuts while watching it."

With such natural chemistry and monumentous live shows (not to mention a strong recorded output), doors began opening for the band. In the summer of 2001, The Plan embarked on a European tour with sister-band NOA. "There were nine of us in a Mercedes-Benz RV," notes Catano. "It was like a ridiculous summer camp. We were all 23 or 24 and just so excited. We had some of the best times of our young adult lives."

Bassist and vocalist Mackenzie Ogilvie explains that such opportunities were also rooted in the band's DIY work ethic and self-discipline: "I think we were able to set goals for ourselves and then actually accomplish those goals. We were highly motivated to write, record, and tour as much as possible, and we did just that."

Catano elaborates: "The band was a vehicle for us to be able to go out into the world and see and do things, and the work we put into it was our end of the bargain. That's how we paid the ticket. We worked so hard because we felt that we had to make a fair trade on all the opportunities people gave us."

Shortly after its European zenith, The Plan decided to call it quits due to extraneous commitments and interests. "Different opportunities came up. It just seemed like the band was slowing down a bit," explains Catano. "I think we managed to end it pretty gracefully. There were no hard feelings or drama or anything, it was just the right time to move on. Consequently, everyone is really happy to get back together for this show." --Andrew Patterson