The Rehtaeh Parsons story in context

What our police and prosecutors care about, and what they don't care about. 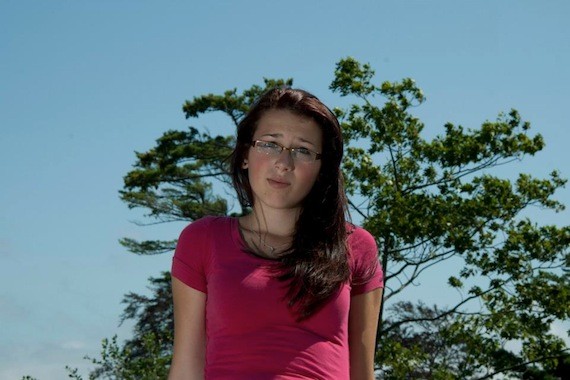 As the Rehtaeh Parsons tragedy becomes known, Halifax suddenly finds itself on the world stage, being called "Canada's Steubenville."

Is that a fair characterization? In terms of the general outline of events, as we know them now, probably. Allegedly the victim of a rape by four high school students, and then secondly victimized by the spread of a photo of the incident via social media, Rehtaeh fell into deep despair, attempted to kill herself last week and succumbed to her self-inlflicted injuries Sunday. According to Rehtaeh's mother, Leah Parsons, police were slow to investigate the issue, and didn't see the distribution of the photo as a criminal act. Likewise, there seems to have been a dis-interest from school officials into investigating the situation. Reportedly, at least one of the alleged rapists is an athlete. So, yes, with our current understanding of events, there is a close parallel to the high-profile rape case in Steubenville, Ohio, albeit in that case the victim survived and, while justice was delayed, at least some of those responsible were last month convicted and sentenced to jail.

A matter of priorities

We're not privy to the police file on Rehtaeh's case, so we don't know why the RCMP chose not to pursue the matter with any urgency. Leah Parsons says police waited 10 months before interviewing the boys she suspects raped Rehtaeh. Nor can we tell you why prosecutors chose not to lay charges.

But we're talking about the same police agency that just concluded an 11-month investigation, involving 120 police officers and likely costing millions of dollars, in order to bust 28 people for (allegedly) growing, and smoking, marijuana.

This is also the same police agency that is accused of using an undercover officer in order to make arrests of three people involved in providing medical marijuana to sick people.

Although the warrants are not yet public, in both cases it is apparent that judges signed off on search warrants justifying SWAT team raids leading to the arrests.

So we have to ask: Were similar resources employed to investigate the Rehtaeh Parsons matter? Were 120 police officers assigned to the case? Eighty? Ten? Were millions of dollars sunk into investigating Rehtaeh's four alleged rapists? Were undercover officers used to advance the investigation? Did anyone bother to work up a search warrant application to find the source of pictures floating around social media for months?

Make no mistake: Where and how to allocate limited police resources is a political decision. It starts with political decisions made by police commanders, but extends to the prosecutorial offices as well. Ultimately, the responsibility for these decisions are rightly laid right at the feet of Ross Landry, the provincial minister for justice, and his government.

Landry has made clear that he will continue the war on plants at full tilt, depriving police agencies of resources that could otherwise be used to investigate and prosecute other crimes like, for instance, rape.

It is evidently politically expedient in Nova Scotia to pursue a war on plants. Maybe it polls well in rural ridings that can ensure a second majority government for the NDP. Maybe it reassures voters who suspect that the NDP is at heart a bunch of pot-smoking hippies. But for whatever reason, Landry and his government refuse to end the pricey investigation and prosecution of people growing plants; instead, Landry and the NDP seem to have ratcheted up the effort to new heights.

By comparison, Landry's interest in potential rape investigations is lacklustre, albeit when the political pressure caught up with that lacklustre interest, he managed to budge a bit. Yesterday morning Landry said he couldn't second-guess the police investigation into Rehtaeh's case; last night, after the story went international, Landry announced his office would indeed look into the matter.

Talking about suicide is difficult. The subject raises difficult emotions, and in our zeal to memorialize and celebrate the dead, we may inadvertently be creating a social climate that leads to still more trouble: mental health professionals tell us that if we're not careful, talk of suicide can lead to copycat suicides, what they call "contagion."

We in media have long been aware of these problems, and most newsrooms and reporters are well aware of guidelines for reporting on suicide drawn up by mental health professionals. Here is an example of such guidelines. The general idea is to not overplay the suicide, and so far as we do report on particular suicides, to try to put the death in context of the full story.

In the case of Rehtaeh's death, Chronicle-Herald reporter Selena Ross' initial article got everything right. It was respectful, didn't overplay the suicide and put it in context of the broader story. It is a sensitive, well-crafted article, and one young reporters would do well to study.

But as important as responsible media coverage is, the guidelines for reporting on suicide may have been entirely eclipsed by the pervasiveness of social media. Does it really matter if all news outlets get it right, if Facebook and Twitter posts undo all the responsible reporting?

In this age of instantaneous social media, we are all reporters. We all have added responsibilities to consider our words, and the impact those words have on others, and especially on other young troubled minds.

That doesn't mean we don't discuss suicide. It means we discuss this situation more fully, in context of a society that failed to respond responsibly to a distressed young person.