The Remains of Leanne Hoffman

The singer-songwriter cuts to the heart of things on her first full-length: “You can forgive yourself and move on from things.” 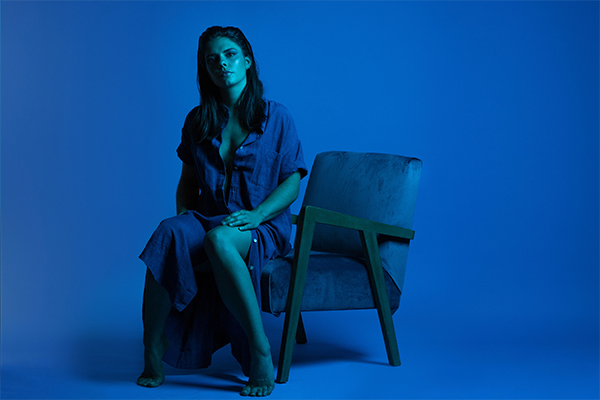 Technically What Remains is her first solo recording, but Hoffman is a Halifax music veteran. She was part of the now-defunct duo Magnolia up until five years ago, and has kept busy providing backing vocals and keys with other musicians over that span.

"I spent a few years after Magnolia just struggling pretty hard, just like mental health stuff. So I just didn't really have the energy, to be honest, to do anything," says Hoffman.

After getting help and with the support of friends and family, Hoffman was in a better place. Erin Costelo—Hoffman's former teacher at NSCC and an established award-winning musician—wanted her to record an album and offered to help make it happen. "It was a lot of her pushing me and me kind of being apprehensive about whether I could even do it or not," Hoffman says.

Costelo co-produced the album and it's the first release on her new label, Venue Records. Her mentor has been involved in Hoffman's music career since she went to school to pursue music as a career and not just a hobby. "I trust her more than anyone as far as anything music-related goes and also life-related things, I go to her for pretty much anything," says Hoffman, who's also played in Costelo's backing bands.

While working toward the release, Hoffman battled through self-doubt and imposter syndrome—perhaps a surprise, considering the confident songwriting and delivery that's at times reminiscent of Neko Case. "I don't know if I'm through, I think it'll always be here a bit," she says. "But I think that having people in your corner that really respect you and think what you're doing is great is a good thing to tap into."

The honesty she reveals in the process of making What Remains is reflected in the final product. She's not afraid to dig deep and write about struggles, love, fears. The song "Redirect Your Sails" was written after Hoffman had been therapy for a while and had a self-realization.

"I spent a lot of time sitting in my own sadness and that song was kind of referencing the realization that you don't have to...suffer for no reason. You can forgive yourself and move on from things," she says. "That there's lots of things you can't control but the one thing you can control is like how you react and how you deal with things."

There's a certain risk that comes with being vulnerable, open and honest but for Hoffman it's created a connection with listeners. "The more I hear people's feedback, the most honest songs are the ones people are connecting with," she says. "And I think that's something that I wasn't aware was so important to me, and now it's feeling really important that I keep doing that."

Along with honesty, Hoffman gets to have a little fun as she gets the last word in "Turning the Truth," as she calls out a liar while catchy synth-led undertones carry her vocals. Hoffman says frustration can lead to a burning desire to write a snarky song. "I also feel like my brain is smartest with words when I'm a little bit mad," she says with a laugh.

"I haven't spoken to the person it's about in many, many years and I don't plan to. But it also was a thing that affected me and it bothered me. Whether they ever know that or not, it just feels very satisfying to say these things and have the last word, even though they're not part of the conservation anymore."