The resiliency of Direction 180

“Morning,” I say to the group of men huddled outside Direction 180 as I walk by. After years in this small city, many of their faces are familiar to me—I note that today is the first time that I’ll ask them how they’re doing.

A short man with scruffy grey hair, who is 71 years old and goes by Billy Brewer, smiles between sips of coffee and asks me, “You in the methadone program?”

Brewer is a client at Direction 180, the Gottingen Street methadone clinic that offers daily treatments for the opioid-dependent, as well as counselling, medical supervision and non-judgmental support.

It occupies a space between the old north end and the rapidly gentrifying new—it was just a 10-second walk from my Americano at The Nook to Direction 180’s front door. Though you may not have noticed its discreet sign, you’ll probably recognize the flat teal building sandwiched between the Mi’kmaw Native Friendship Centre and Big Pony boutique. The building’s cramped appearance is a reflection of the organization’s shoestring budget, says director Cindy MacIsaac.

MacIsaac is tired today. “The past few weeks are probably starting to show,” she says, laughing, referring to interviews that followed Direction 180’s recent appeal to the provincial government for increased funding. The clinic is seeking an extra $150,000 a year, as well as $2,000 a year for each new client, to cut waiting lists in-clinic and to support its mobile outreach bus.

Best practices, MacIsaac says, recommend budgeting $6,000 per client being treated with methadone and accessing related services. Direction 180 maintains the same standard of care with only $1,200 per client.

Resources are so tight that 28-year-old Jude Johnson had to wait for two months to get help, all the while living in a shelter and battling opiate addiction. He has just started taking methadone as of yesterday.

“It wasn’t that easy,” he says of the wait for the prescription. “I’m happy I got on when I did.”

For folks like Johnson, MacIsaac says methadone treatment often acts as the catalyst for recovery.

Methadone, when taken in prescribed doses, doesn’t get clients “high.” They become stabilized. The drug’s slow release allows patients the clarity and control to begin to get their lives on track. MacIsaac has watched people find homes, get jobs, enroll in school and reconnect with their friends and families.

Do clients eventually stop using methadone? “We don’t use the language ‘using methadone,’” she explains. “You wouldn’t say somebody who is diabetic ‘uses’ insulin. It’s about breaking that stigma.”

Direction 180’s services have been stigmatized since the day the clinic’s doors opened in 2001, and even more since its mobile bus began operating last year. The public majority, she says, perceives methadone treatment as “giving junkies free drugs.” Despite that criticism, demand for Direction 180’s services continues to grow.

The province’s department of health and wellness currently contributes $579,000 annually to Direction 180. Leo Glavine, Nova Scotia’s health minister, lauds the on-the-ground work Direction 180 does, but was unable to gauge how much funding the department will provide, or when.

“I need to get those that administer the program to sit down with me,” he says, “and show how things have changed so that now the spending doesn’t match the budget.”

Glavine says he hopes this conversation will take place over the next few weeks, as the province gets ready to unveil its next budget.

In the meantime, Direction 180 has been forced to take its mobile program off the road on weekends and it no longer serves the Fairview community at all. These are just a few of the services at stake if more money doesn’t come through.

Not enough funding “means that we’re not going to be as effective in engaging folks because we won’t be meeting them where they’re at,” MacIsaac says. 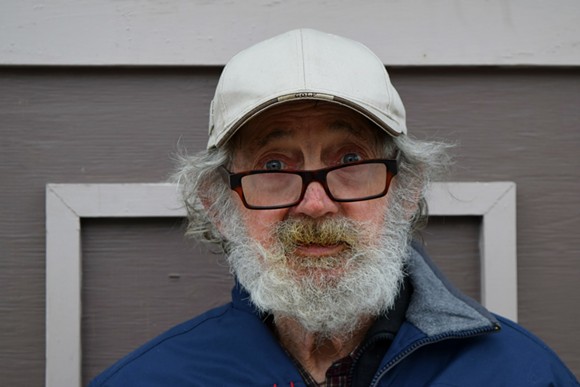 Brewer is still outside the clinic when I leave. “How did methadone change your life?” I ask.

“Methadone gives you a life—besides living in the streets, besides chasing the needle. I feel pretty good now, about myself,” he says. “I can look in the mirror and not be afraid of who I’m looking at. I see me, for once.”

Imagine a place where addiction is treated with the same urgency and compassion that physical illness receives—both on interpersonal and systemic levels. It’s challenging to picture a place where people are applauded by their community when they ask for help, or one where they are able to access all the resources they need to get it.

“We’re resilient, as is our population,” says MacIsaac. “The fact that people travel daily”—to get their methadone—“365 days a year in all kinds of weather, shows their commitment to being better.”