The resonating wit of No, It’s Fine.

Cailen Pygott’s honest and funny indie rock makes this a band to follow. 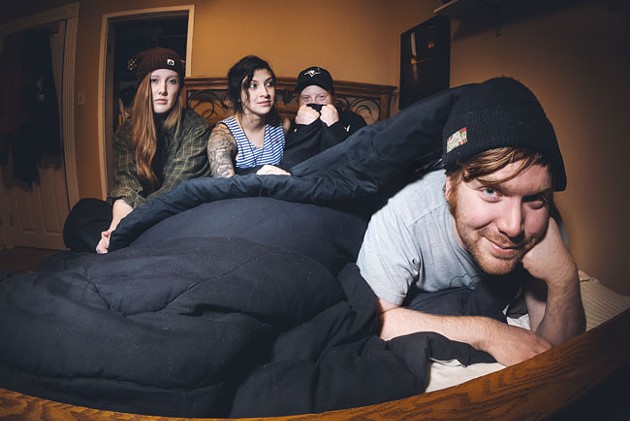 In the Halifax music landscape, there's lots of energy but not a lot of fun. But that—and the Philadelphia indie scene—is where Cailen Pygott found his sweet spot as a songwriter.

"I ended up in this scenario where I was playing with the State of Alaska and Owen Meany's Batting Stance—two of my favourite songwriters in the city," he says. "Alaska introduced me to a band called Modern Baseball—they write about what they did that day and are funny. I was nervous about trying to be funny, trying too hard to be earnest. Modern Baseball being super honest and chill, it was this eureka moment."

That was in 2015, and since then Pygott has been writing terrific, word-crammed songs as No, It's Fine.—even the name, down to its punctuation, is a wry wink—and on Friday releases the band's debut EP at Gus'.

"I can take my time now. We don't play super often—so many times bands play twice a month in Halifax and burn themselves out," says Pygott, whose side gigs keep him quite busy. "We just play once a month, shows we really care about."

No, It's Fine.'s six tracks, recorded at the end of 2016 at the Old Confidence Lodge, fly by in bursts of wildly divergent energy and Pygott's endearing vocals—somewhere between Sorority Noise's Cameron Boucher and his Owen Meany bandmate Daniel Walker—carrying songs that surprise and delight with their turns of phrase and emotion.

"One of the rules I made for myself was to be as honest as possible all the time," he says, "and to see that resonate with people has been unreal."