You can trade this season’s dried-out daisies for a custom Halifax seed mix next spring. 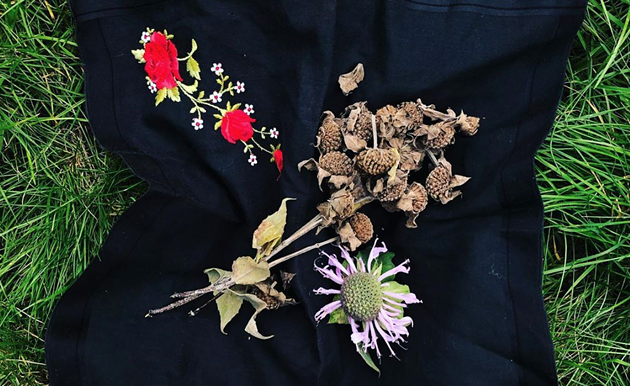 The Seed Saving Project
Wild bergamot seeds that have been donated to the project.
As summer ends and the leaves begin to fall, the nights get longer, and the temperatures drop, Halifax’s gardens are also going into hibernation.

The hydrangea, echinacea and sunflowers that bloomed in window boxes and along sidewalks are wilting—and soon will fill curb-side compost bins or be buried under layers of crunchy leaves.

But two Nova Scotian gardeners have decided their seeds won’t go to waste this year, and they’re sharing them far and wide.

“We have just been so obsessed with seed saving and the idea that there’s so many potential free seeds out there that are just going to waste out there in these beautiful gardens that we admire in our neighbourhoods,” says Emily Lawrence, a local artist and co-creator of The Seed Saving Project.

Lawrence started the project along with her friend Gillian Maradyn-Jowsey. “Every spring we end up spending so much money on seeds, and we just were like 'Okay, let’s see if we can do something in our community so we can all share all of these beautiful flowers that are around us, and help gardeners get a new selection of like mystery seed packets as well',” says Lawrence in a phone call.

Starting in mid-September, the duo began collecting seeds, with Lawrence placing a drop-off box at Props Floral Design in the Hydrostone and Maradyn-Jowsey at No 9 Coffee Bar in Lunenburg.

“The best way to do it is you wait until the plant basically dies and dries fully. And we’re asking people to collect their dead flower heads, put it in a paper bag with a label telling us what it is cause they can be kind of difficult to identify at that point.” Lawrence says.

The duo will then collect all the donated seeds and spend a day or two taking them out of the pods before mixing them into a big bucket for redistribution to everyone who donated. (Be sure to include your postal address with your donation if you want seeds in return.)

“I really like the idea of like a custom community seed mix,” says Lawrence. “I’m sure it’ll be a little bit different for everyone just based on randomness, and there’s quite a range in size per seed. Some are so tiny, just like literal poppy seeds, and others are big like sunflower seeds. So, we’ll try and get everyone a little bit of everything.”

After many walks through public parks and drooling over other people’s flowers, Lawrence is over the moon at the possibilities of what seeds the project might receive. She’s hopeful it will include a colourful variety of zinnia, calendula, cosmos, sunflowers, and “lots of poppy seeds.”

“And echinacea, which I would love. Something that I’m really hoping for is some different colours of echinacea rather than like the common pink one,” she says. “I’ve been seeing some beautiful gardens that have the really nice white or red varieties and I would love some of that so much.” 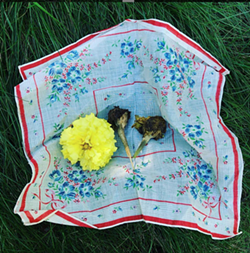 The Seed Saving Project
Seeds from this marigold will be added to the custom Halifax seed mix for redistribution next spring.
The project creator is keen to encourage people only to pluck from their own gardens, rather than neighbours or public parks, although Lawrence says she has taken a few fallen blooms from lesser-known parks in the past.

“I am only dead-heading, I’m not taking any live flowers. But I wouldn’t take from the Public Gardens just because I think that’s such a special place,” she says.

And, you never know who may be waiting for their seeds to re-use them for next year themselves: “The sort of consensus is that people shouldn’t be doing it just because a lot of them say, 'Well oh, a lot of the gardeners will collect this seed for themselves and that’s something that they might be looking forward to',” Lawrence adds.

Some of the benefits of using saved seeds include, of course, saving money, but they’re also more adapted to the local climate and soil quality.

“A lot of what I grew this year was from saved seeds and I had really good luck with it. I find that when you save seeds from your local area the seeds are so well acclimatized to this environment and they all do super well,” says Lawrence.

The project will continue until November 6 to allow for outdoor plants that thrive well into fall to meet their demise–at least for this season. Their seeds, if donated, will go on to live a healthy, happy life in a new Halifax garden next summer.

“There’s so much potential,” says Lawrence. “And I hate to see everything die and basically go into the compost—into the municipal compost—and to never be able to be harvested.”