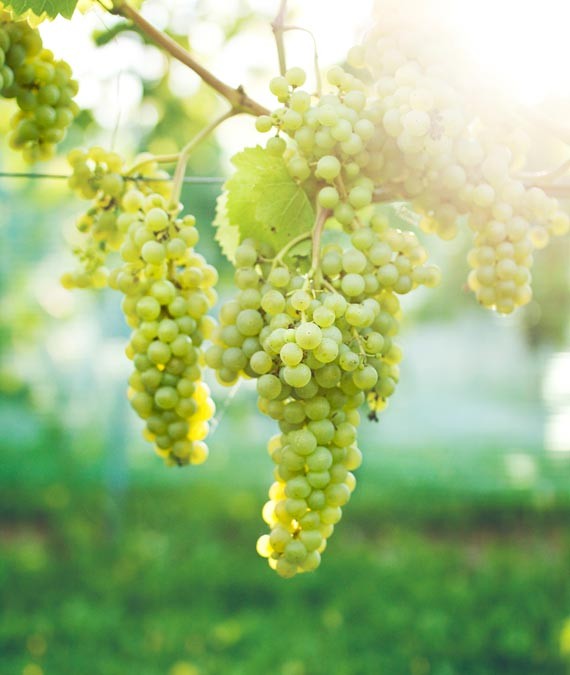 While the Nova Scotia wine scene has traditionally been a straggler when it comes to fame and accolades, our first official wine appellation, Tidal Bay, has managed to turn that all around in a matter of only a few years. A blissfully aromatic white wine that hovers around 11 percent, it ranges from sharp, crisp and dry, to a bit more rounded and honey-sweet. It pairs beautifully not only with our local seafood, but the coastal sunshine as well.

As it should be, Nova Scotia's first appellation is not just about capturing the flavour and intricacies of the local terroir and grapes, but also the immensely rich character and wild soul of our beautiful region.

"If a great wine is by definition a product that succeeds at telling the story of its growing environment, then what's unique about Tidal Bay is precisely what is unique about being located on the edge of the Bay of Fundy," says Jean-Benoit Deslauriers, winemaker for Benjamin Bridge.

Since its inception in 2012, Tidal Bays from vineyards like Gaspereau, Luckett, Blomidon Estate, Avondale Sky and the aforementioned Benjamin Bridge have gone on to win several awards and be lauded and championed by several wine critics like Tony Aspler, Veronica Leonard and Natalie MacLean, putting Nova Scotia's wine industry on the map in a much bigger way.

"I think this was the most important step the Nova Scotia wine industry has undertaken so far in its still young existence," says Jurg Stutz, winemaker for Domaine de Grand Pré Wines. "The style of this white blend makes absolute sense for our cool climate viticultural area, and it gives the consumer something that they can recognize, because most of the times they are unfamiliar with the grape varieties that are grown in Nova Scotia."

Stutz is not alone in thinking that Tidal Bay has been a huge leap for Nova Scotia. This may be because Tidal Bay represents the first time Nova Scotia is embracing its idiosyncrasies and quirks, instead of attempting to imitate already established styles.

Much like the province itself, the appellation bucks tradition, and dares to be a bit... strange. Where historically an appellation is strictly defined by a region, such as the Douro Valley in Portugal, or the Champagne region in France, the Tidal Bay appellation applies to the entire province. Moreover, although a Tidal Bay must be made using 100 percent Nova Scotian grapes, and submitted to a panel to make sure the wine represents the soul and character of a Tidal Bay, which grapes are used is fairly open to individual interpretation.

"There is quite some wiggle room, and most of the wineries' Tidal Bays are very different, but interestingly enough they still have lots in common and the overall style is very recognizable," says Stutz.

This means that vineyards have an incredible amount of space to play—more than 15 grape varieties to choose from, in fact—and it's not a far reach to say that this could contribute to why Tidal Bay has been such a wildly successful endeavour.

"I like to mix it up a little every year, and the 2014 [vintage] is no exception," says Mike Mainguy, winemaker for Luckett Vineyards.

However, according to wine critic Tony Aspler, who has been a Tidal Bay fan since its inception, having too many varieties to choose from has the potential to get a little troublesome. He says that in his experience, Tidal Bay already represents an extremely vast range of taste, from "bone-dry to exceptionally sweet.

"While it's fascinating for the emerging collegiality of the brand," he says, "I think eventually the number of grapes could stand to come down a bit."

While it's definitely a concern that too much choice can make for quite disparate tasting wines produced under an appellation, Deslauriers thinks that it's not such a radical idea when you consider some of the more historically celebrated European wines.

"With its 13 grape varieties to choose from, Châteauneuf-du-Pape provides a great example of a successful appellation where the varietal selection can significantly vary from one producer to the next, but where an expression of the local terroir binds the majority of the wines," he says. It's prudent to note, however, that the region in France that Châteauneuf-du-Pape comes from is much smaller than Nova Scotia, and much more is known about how the terroir and climate affect the wine.

"If I can nerd it up and regress back to high school for a minute, I will liken the 2014 grape components to the band Rush," says Mainguy.

"The L'Acadie Blanc is like drummer Neal Peart: the workhorse, the power and heart keeping it all together...the Ortega is like guitarist Alex Lifeson: adding smoothness, coolness, and surprising rich complexity to the mix...and the Traminette is like Geddy Lee: crazy crisp falsetto, bombastic florality, and as sharp and wild as the day is long."

Regardless of your view on grape choices or geographical boundaries, it's obvious that Tidal Bay has done wonders for solidifying Nova Scotia's Canadian viticultural street cred—even though we may still have work to do globally. Now, however, is an absolutely crucial time in Tidal Bay's existence, as vineyards have been slowly figuring out the positives and negatives of the style in the past few years.

"I think given the age of the industry, Nova Scotia is way ahead of where Ontario was at the same age," says Stutz. "Of course, we still have a long way to go to be recognized and respected by wine drinkers around the world, but [with Tidal Bay] we have a great base to build on."