Doug Townsend and Renée Lavalée are keeping the focus on their current operations. 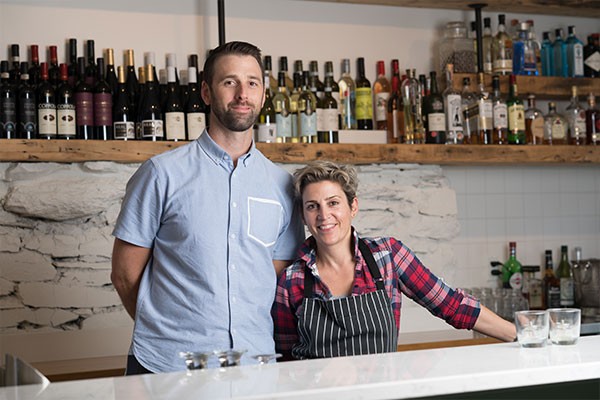 The Town’s End Tavern hoped to make waves as the newest pub on Portland Street this summer, but plans have now been put on ice.

The tavern was a passion project started by Doug Townsend and Renée Lavalée—owners of the Canteen and Little C, both also on Portland directly across from the proposed new location.

But the couple announced via their Instagram last Sunday that they were canceling plans to open due to the challenges brought on by COVID.

After a year of conceptual planning, construction of the pub was due to start just days prior to the first COVID lockdown in March. Town's End originally planned to be open around mid-June.

“We sort of put things on hold to sort of figure out what the game plan would be, and worked through that process over the last four months and of course during this time we’re also trying to deal with the Canteen being shut down,” says Townsend. “It was definitely a challenging, confusing time.”

The Town’s End Tavern was going to be a departure from the Canteen in a big way. It would offer classic pub food and an impressive lineup of craft beers and ciders to choose from—opposed to The Canteen’s French, Italian and Nova Scotian-inspired menu.

“We’re very active in our community and so it’s tough because there's so many people [who] I think were looking forward to this opening and we understand it. That, to us, is hard,” says Townsend.

Townsend says the restaurant industry has never been easy, but COVID brought with it unexpected challenges.

“It was a fairly considerable investment on our part. Time, money and emotion too,” Townsend says. “The restaurant industry is kind of powered on passion; it's not really one that always makes sense and it’s a really difficult business to be successful and profitable at.”

Restaurants Canada says Townsend isn’t alone. Their recent report estimates foodservice sales will be down nearly $20 billion in the second quarter of 2020, meaning many restauranteur's dreams of a second location or expanded service will remain out of reach.

With two-metre distancing reducing capacity and some restaurants still closed, things are pretty grim in the industry right now. But with all odds against him, Townsend says he and Lavalée aren’t throwing in the towel by any means.

Right now, the restaurateurs are focusing on the businesses they’re currently operating to ensure they remain viable should they want to pursue any future projects. The Canteen is open for limited dining by reservation, with the rare walk-in, plus contact-free take-out.

As for upcoming plans, Townsend says it’s too early to say but he knows one thing for sure: “The journey is not yet over.”