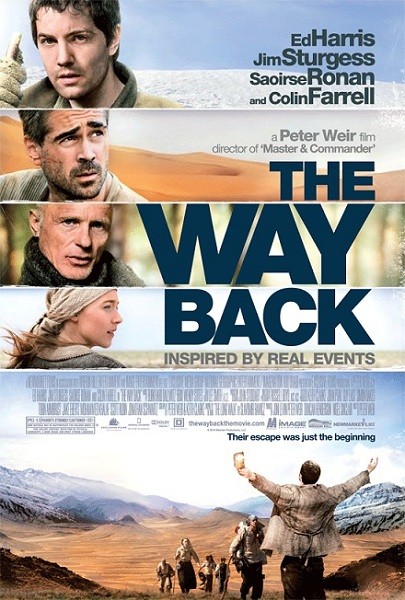 The possibly apocryphal story goes that three men arrived in early 1940s India, having walked from Siberia, a distance of 4,000 miles. Peter Weir (Master and Commander: The Far Side of the World)---who in almost four decades of filmmaking has yet to make a bad movie---offers a simple tale of survival on a grand visual scale, shooting in frozen wastes, scalding deserts and the Himalayas. An international hodgepodge of half-starved gulag escapees (their number including characters played by Jim Sturgess, Ed Harris and Colin Farrell, and joining the group later, Saiorse Ronan) walk to freedom from war and totalitarian states. The sharp effort to realism is typical of Weir, and though some sections are a bit of a slog---as one would expect from a story about people walking long distances---the question of will-to-survive is universal. You’ll ask yourself, “Would I have had the wherewithal to do this?” For most of us, probably not.