The Weekend Healer is diagnosed as excellent theatre 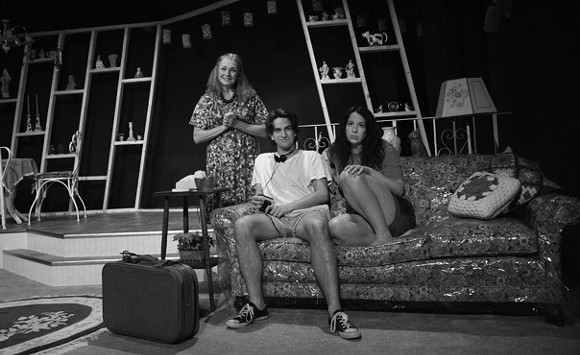 Lindalou (Stephanie MacDonald) is a loving but unconventional mother. Her sensitive, 16-year-old son Curtis (Allie MacDonald) is more like a brother to her since they’re only 15 years a part in age. Lindalou’s estranged mother Betina (Kathryn MacLellan) is focused only on appearances and is willfully blind to the suffering of those around her. When Curtis disappears, Lindalou and Betina fall slowly to pieces, revealing secrets almost too dark to contemplate.

Playwright Bryden MacDonald has brought to life three unforgettable characters and given them a story that is tragic and horrific. Watching their lives unravel in KAZAN CO-OP's production of The Weekend Healer is akin to witnessing to a slow-motion car accident—it will leave you shaken and raw. But it is a story so beautifully written, skillfully acted and expertly directed that although you may want to, you will not be able to turn away.