The Wooden Monkey files for more than $500,000 in statement of claim 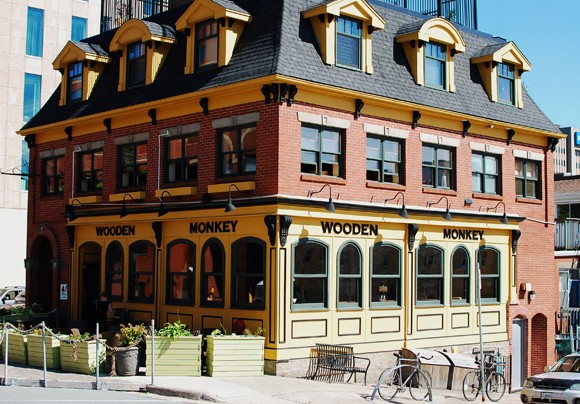 The Wooden Monkey restaurant is “leading the march” in filing its claim with the Utility and Review Board, says lawyer Ray Wagner.

Wagner is representing multiple downtown businesses in a lawsuit against the municipal, provincial and federal governments, the Halifax Convention Centre Corporation as well as Argyle Developments Inc. and its parent company Rank Incorporated.

Construction on the Argyle Street Nova Centre began more than four years ago. Nearby business owners have repeatedly said the disruptions caused by work on the convention centre has resulted in lost revenue and damages. For the Wooden Monkey, those losses add up to $508,107, as outlined in a statement of claim filed this week with the NSURB.

Wagner says there are multiple factors involved in the claim, such as power and water getting cut off with little notice and even an instance of basement flooding.

“There was, of course, the damage to the structures that took place as the result of the dynamite that was used to clear excavate the site,” he adds. “There was debris that was flying around, dust—very little that was done in terms of mitigating all those impacts.”

Other businesses including Biscuit General Store, the Carleton and the Economy Shoe Shop joined the Wooden Monkey in announcing the planned legal action last summer. Given the cost and time-consuming nature of the expert reports needed to file a claim, Wagner says they are going forward “in a serial manner.”

“We’ll proceed with the Wooden Monkey, deal with the jurisdictional issues at the outset, and if we have to go to the Supreme Court we will do—and we will do for all the plaintiffs,” he says. “Or, if the UARB is the proper form and that’s determined, then we will continue to file the additional claimants in that form.”

Up to this point, Wagner says they haven’t received a reply from any of the respondents.