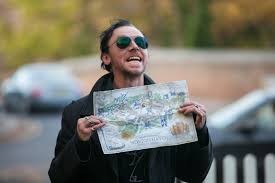 Gary King was the shit in high school. Twenty years on, he hasn't changed a bit. Pity then for his friends in The World's End, a sci-fi/action remembrance of drunken things past. King (the ever-versatile Simon Pegg) pesters his old chums into a reunion pub crawl at their sleepy hometown which hasn't changed a wink. Except that it's been invaded by some rather polite aliens. Edgar Wright's Three Flavours Cornetto trilogy (along with Shaun of the Dead and Hot Fuzz) climaxes with quite a deliberate finish. It even earns some heart between all the comedic violence, mostly thanks to Pegg's bewildering arse of a character. The saddest, most ingrown man-child that's ever had to face adulthood, Pegg's loser sticks to his pub crawling quest in the face of global catastrophe because that pathetic bit of history is all he has. The themes are slurred, but that's excusable. They have been drinking, after all.