Acting out: A summer's worth of theatre

Whether you’re sticking it out in the city all summer, or hitting the highway in the name of adventure, there are tons of great theatre opportunities to act upon across the province. This summer’s cast gets a resounding standing O.

Canada's only national theatre festival, Magnetic North, is descending on Halifax and Dartmouth and bringing with it some of the best touring theatre from across the country. Enjoy plays (including east coast stories produced as part of Eastern Front Theatre's Stages Theatre Festival), take part in workshops, sit in on industry panels or relax and mingle at fun social events. There's something for everyone.
Various prices and locations, magneticnorthfestival.ca

A cast of ballsy men is needed for this revealing musical comedy, and hats off (or is that briefs off?) to the ever-resourceful Theatre Arts Guild for finding them. Set in Whitney Pier, Cape Breton, The Full Monty is the story of perseverance in hard economic times. The stage version closely follows the popular British film from 1997 and promises both laughter and tears.
The Pond Playhouse, 6 Parkhill Road, $13-$16, tagtheatre.com 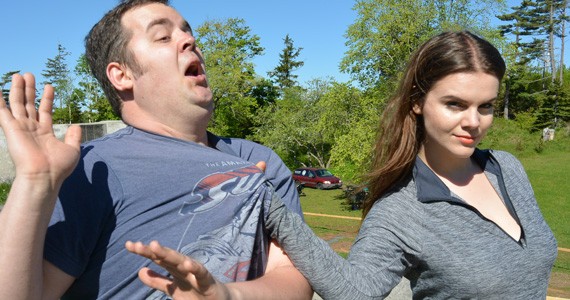 An unfortunate fire in SBTS's Park Place Theatre has not slowed the company down. Plans have gone full speed ahead for a full season that includes The Merchant of Venice, The Taming of the Shrew and the family-friendly SBTS original musical Cinderelly. Yee-haw! Admission is by donation, but check out the Sweet Seat program to get the best seats at the show.
Cambridge Battery, Point Pleasant Park, $20 suggested donation, 422-0295, shakespearebythesea.ca 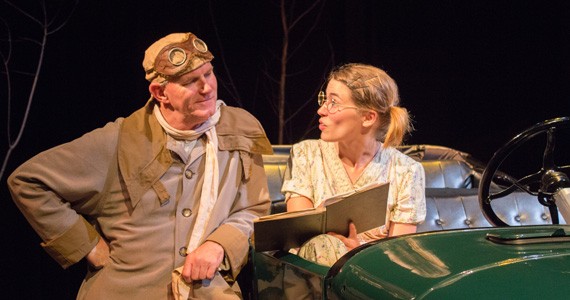 The 30th season at Parrsboro's Ship's Company Theatre opens with By the Dark of the Moon. Rum runners and rascals are pitted against the starchy Women's Temperance Society in this romantic musical set in a coastal village in 1928. The second mainstage show brings Our Eliza, a story of a hardscrabble life in outport Newfoundland, back to Nova Scotia. The show, which was well-received at Stages last year, is by emerging playwright Megan Coles.
18 Lower Main Street, Parrsboro, $18-$28, 800-565-7469, shipscompany.com

Last year, Chester Playhouse brought us some fine male harmonies with Forever Plaid, so it seems fitting that women are piping up with some '50s and '60s classics in the off-Broadway musical The Marvelous Wonderettes. The second show is Under Milkwood, Dylan Thomas' not-to-be-missed "play for words" starring Jeremy Webb and Susan Stackhouse and The Melville Boys, a popular Norm Foster play that's a knee-slapper and a tear-jerker.
22 Pleasant Street, Chester, $18-$28, 800-363-7529, chesterplayhouse.ns.ca

Two Planks and a Passion's Theatre Off the Grid is a memorable summer theatre experience. Staged outdoors in an amazing rural setting it's remarkable. This year's season includes a new musical by composer Allen Cole based on The Miracle Man, a novel about small-town con men who are hell-bent on swindling a faith-healer. The second offering is Dustbowl Joan, the story of Joan of Arc as if told by 1930s migrant workers around an encampment fire. See both shows in one night for a truly magical evening.
555 Ross Creek Road, Canning, Tuesday through Sunday, 6pm, $10-$25, 582-3073,
twoplanks.ca

If you're looking for comedy, Antigonish is the place to be this summer.
Venus in Fur,

Be My Baby and The Motor Trade all offer light-hearted fun, but it's Venus I'm most excited for. David Ives is a brilliant playwright whose work is challenging and witty, and the theme of this play, billed as "a battle of the sexes and a dark, sadomasochistic thriller," sounds like it will offer something more than easy laughs. Seems like a nice balance to the sweetly funny Baby and to Norm Foster's gentle but insightful humor in Motor Trade.
Bauer Theatre, St. Francis Xavier University, Antigonish, $20-$34, 563-PLAY,
festivalantigonish.com

A feminist re-visioning of three of Shakespeare's King Lear, Hamlet and Othello? Definitely sounds intriguing! The play stitches together scenes featuring Cordelia, Ophelia and Desdemona, showing parallels between their situations and portrayals in the original plays. There are men in this show, but they're rendered invisible by delivering their lines from offstage. A play for Shakespeare nerds, fans of slightly experimental theatre and fans of feminist narrative.
The Living Room Theatre, 2353 Agricola St, $5

Queer Acts never fails to deliver challenging, nourishing and entertaining theatre. This year's line-up includes three out-of-town shows (including the award-winning Agokwe by 23-year-old Ojibwa playwright/performer Waawaate Fobisteran), as well as local shows being created by Stewart Legere, Mary Fay Coady and Chris Aucoin. Plus, there's a new addition: A queer arts conference called Queer Acts Confab. It will to support the work of local creators by bringing together artists, presenters and producers from diverse artistic disciplines. It will include industry professionals from across the country, and combined with our thriving queer arts community here in Halifax, it's going to be an amazing event.
The Bus Stop Theatre, 2203 Gottingen Street, $10-$12,
halifaxpride.com

After a pared-down season last year, Valley Summer Theatre has returned with not one, not two, but three sure-to-please shows this summer. The first is Marion Bridge, Daniel MacIvor's well-known and well-loved play about three sisters who hold a bitterly comic vigil over their ailing mother. Next is Wingfield Unbound, another installment of the popular Wingfield series starring the elastically funny Rod Beattie. Finally, Pamela Halstead directs Mass Appeal, a two-character comedy-drama about a generational divide between a pair of priests.
Al Whittle Theatre, 450 Main Street, Wolfville, $12-$30, 877-845-1341,
valleysummertheatre.com

Did you know that Halifax is home to the oldest and largest busker festival in Canada? This year's line-up will include the regular dizzying array of street theatre, acrobatics, music, visual arts and fire displays with performers from across the world. There's a sneak peek of the festival on July 29 at the Westin Nova Scotian with Busker Feast, a fun-filled dinner with all the sights, sounds and excitement of a private busker performance. (They're not passing the hat for this event though, folks. Tickets are $65 each.)
Halifax waterfront, by donation, buskers.ca

Alderney Landing's company-in-residence, Onelight Theatre, is busy this summer. Not only will it run its own theatre school for children through July, but it'll be prepping for the bigger, better, now annual Prismatic Festival. You can expect a roster of diverse artists from across Canada, who'll bring the whole range of art---from theatre to dance to music, visual arts and video---to the Dartmouth waterfront for both outdoor and indoor entertainment. The whole line-up launches June 24.
Alderney Landing,
2 Ochterloney Street,
prismaticfestival.com

Back for its 24th year, AFF is programming more shows, both local and national, than ever before (including Jane Kansas' My Funeral: the dry run, complete with church lady sandwiches). Considering that there were over 50 plays in 11 days last year, suffice it to say that 2014 will be a true theatre marathon. Watch for full details in July.
atlanticfringe.ca