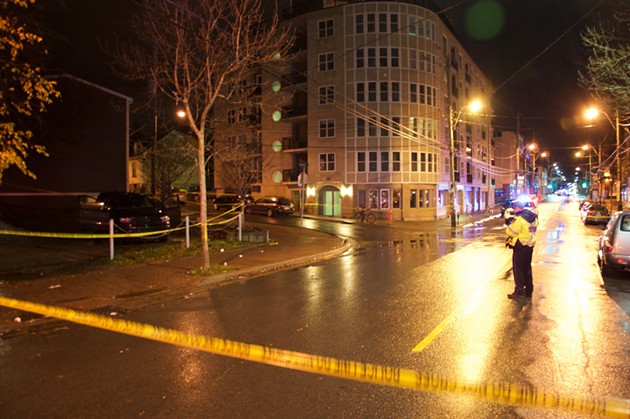 A 22-year-old man is dead following a shooting in north end Halifax.

According to Halifax Regional Police, officers responded to a report of gunshots in the area of Falkland Street and Gottingen Street at 10:47pm

Police found a man who had been shot inside of a vehicle. Tyler Ronald Joseph Keizer of Halifax was brought to QEII Health Sciences Centre with life-threatening injuries and later passed away.

The death is the twelfth so far in HRM this year. It’s also the third shooting death in the last 10 days.

A week ago, Terrence Patrick Izzard died after a shooting on Cragg Avenue, off of Uniacke Street. Shakur Jefferies was killed on Washmill Lake Drive two days before that.

The investigation is ongoing.