This senior’s sex drive is just like old times

Holy pretzel! What in tarnation is happening? 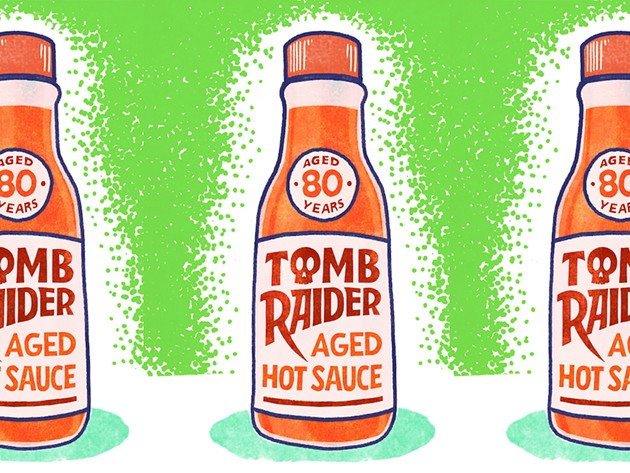 Joe Newton
For safety’s sake, older online daters should stay in their generational lane. (There are apps for that.)

I do have one problem: Women aren't interested in me “that way” anymore. The secret smiles in public are no longer complimentary or inviting or challenging. They’re just fond, polite smiles for a nice-looking old man.

A“I don’t have statistics for GERIATRIC, but I can tell him that wherever his libido falls on the ‘none’ to ‘yowza’ scale, he’s normal,” says Joan Price, author of Naked at Our Age: Talking Out Loud about Senior Sex. “While it’s true that most seniors see their libidos decrease or at least mellow, I hear from people like GERIATRIC all the time—older folks who feel exuberantly sexy.”

What explains the sudden surge in libido experienced by some seniors?

“There’s a freedom to sex in our older years,” Price says. “We may still get those ‘at your age’ restrictive, shaming messages, but we’re happiest and most fulfilled when we ignore them. So I would advise GERIATRIC to enjoy his charged libido and not to worry about whether it's a ‘usual pattern.’ Who cares? It’s your pattern. You do you!”

Your days of picking up women on the street may be behind you, GERIATRIC, but they’re supposed to be behind us all. Instead of making women feel unsafe when they’re out in public by assuming a smile is a signal of interest, Price suggests looking for connections online.

“While it’s true that most seniors see their libidos decrease or at least mellow, I hear from people like GERIATRIC all the time—older folks who feel exuberantly sexy.”

“GERIATRIC needs to polish his seduction skills and get on the dating sites,” says Price. “He needs to show a potential bedmate what he has to offer—and I don’t mean a dick pic. He needs to woo a woman with his words—at least to begin with—and, most importantly, he needs to show interest in who she is as a full person, not just the body parts that turn him on.”

But don’t get on dating sites if your bullshit detectors were removed with your gallbladder. If someone seems too good to be true—if someone seems too young and too hot to be interested in a guy your age—they’re almost certainly a scammer. And if a flirtatious exchange becomes a sob story becomes a money beg, hit the block button. I’m a firm believer in intergenerational romance, GERIATRIC, but for safety’s sake you should stay in your generational lane. That means getting on Our Time and/or Silver Singles instead of Tinder and/or Plenty of Fish. For while there might be a small handful of hot twenty-something gerontophiles in your area, the odds that you’ll find one are too slim to bother trying. And you’ll have better luck going after women closer to your own age.

“Libidinous older women are out there, I can assure him,” Price says. But you’ll have to do the work, GERIATRIC, “since most will want to feel safe and appreciated as well as desired before they invite him into their beds.”

QPre-Covid I was in the whirlpool at a hotel spa when an elderly gentleman asked if I wanted a foot massage. There’s only one reason a guy offers another guy a foot massage: he was gay and into feet. I’m straight and not into feet but I said, “You can rub my feet—but just my feet, no higher.” My wife insists this means I had a “gay encounter.” I say it was gay for the other guy but not for me. What say you?
—Fighting Over Our Terms
PS: We’re not really fighting.

This week on the Lovecast, Dan chats with Adam Sass, author of the escape-from-conversion-camp thriller Surrender Your Sons.
QI’m a 45-year-old straight woman in a monogamous relationship with a 48-year-old straight man. One thing that keeps playing over and over in my mind is something he said to me three months into our relationship. He spent the night for the first time at my place. We were laying in my bed the next morning, just talking and enjoying each other's company, when his phone beeped. He read a text and then said, “That was my friend Susan. I can't wait for you to meet her. I think you're really gonna like her—oh, and she sucked my dick 25 years ago at a rest stop in New Jersey.”

It turns out “Susan” is his best friend. I had not met her yet and this was the first thing I knew about her. When I asked why he told me this, his response was that he was half asleep. He wasn’t.

When I pressed further he told me it was something that happened a long time ago and that they laugh about it now, but then told me it was none of my business! I agree! It’s none of my business! So why did he feel the need to tell me? Then he told me Susan can never know I know because she would feel humiliated. But that's exactly how I feel! Are Susan’s feelings more of a priority to him than mine?

AYour boyfriend was either playing head games—meaning he was fucking with you on purpose—or he lacked the emotional intelligence and/or impulse control to realize why sharing something like that, at a moment like that, was a bad idea. If he’s the kind of guy who enjoys tormenting the women he dates, BLAB, he would’ve done similar or worse things by now. (And a woman he dated a quarter of a century ago probably wouldn’t be on speaking terms with him, much less one of his closest friends.)

Assuming he hasn’t done similar or worse—I’m guessing you would’ve included other examples in your letter if he had—perhaps he deserves the benefit of the doubt here: he said something stupid and thoughtless; he couldn’t come up with a good explanation for why he said it; and doesn’t like to be reminded of it. As for Susan… he’s known her for 25 years. If he wanted to be with her, he’d be with her. And he may be reluctant to get together as a group because he worries—perhaps not without cause—that you might bring it up. If he’s given you no other reason to suspect he might be cheating on you, cram this ancient blowjob down the memory hole.